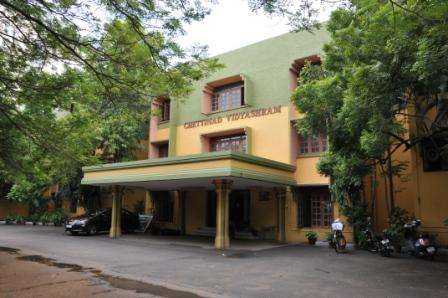 Tamil Nadu State Information Commissioner has asked CMDA ( Chennai Metropolitan Development Authority) to pay a compensation of Rs.79.08 lakh to 7908 students of Chettinad Vidyashram in R. A. Puram because it did not ensure that the developer of a property which set up a hotel inside Chettinad House campus had not put up requisite information boards on the project as mandated and hence, did not give an opportunity to the public to know what was going on.

Because of this violation by the promoter, students and their parents at the school did not know that a commercial block was coming up in their campus. Also, CMDA did not ensure the info board was put up once the plan was okayed by it.

When the petitioners in this case sought info under the RTI Act, it was denied to them.

The Commissioner wondered how an educational Trust had got the okay to develop a commercial block of hotel rooms and such facilities, how a place which would have a bar and also discharge large amount of polluted air due to the air-conditioning had been permitted on the school campus zone.

He also ordered the principals of two schools here – Chettinad Vidyashram and Chettinad Vidyalaya – to furnish info on the dust and pollution to parents who could then decide if their wards wanted to continue studies in. this environment.