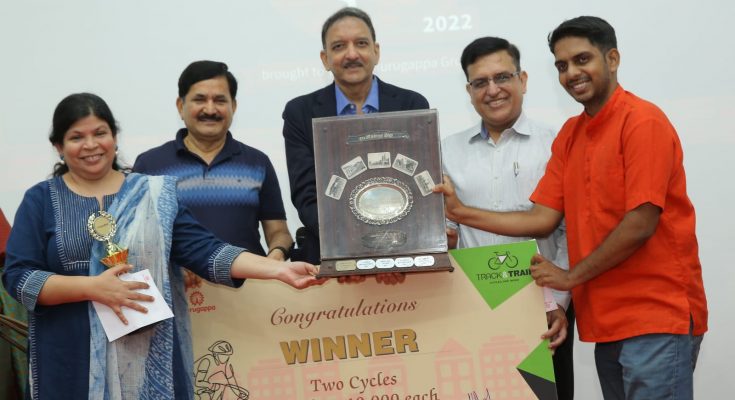 Srinivasa Ramanujam and Deepa Alexander, journalists at The Hindu newspaper won the annual Madras Quiz held on August 28 as part of the Madras Day celebrations. The event was held at the MMA auditorium, Pathari Road, off Anna Salai.

The quiz, wholly supported by the Murugappa Group featured a preliminary round in which close to 200 teams of two each took part; six teams entered the final.

The quiz was conducted by Dr. Sumanth Raman and all the questions were on the city. There was a ‘tasting’ round too in which quizzers in the final had to taste three samples of sambhar and provide the names of the three restaurants that served the sambhar.  The three chosen ones were Sangeetha, Ratna Cafe and Saravana Bhavan. The all-women team got all three right.

This year’s final saw women dominating the quizzing in the final and saw diversity in the respondents who were not regular quizzers.

Srinivasa Ramanujam is a resident of R. A. Puram’s 2nd Main Road. Deepa lives in Kilpauk.