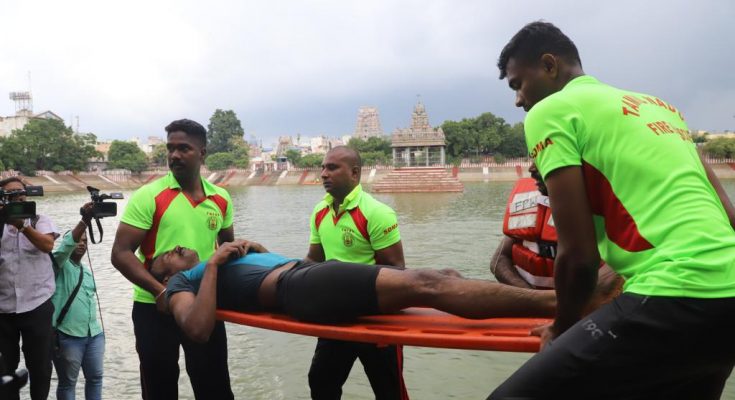 A monsoon preparedness drill and demonstration had a mela atmosphere to it; or better, a sports meet spirit wafted around.

On Tuesday morning, in pleasant weather, a group of students from a Mylapore girls school sat on the steps of the tank of Sri Kapali Temple and observed, watched and cheered, as the TN Fire Service personnel  took turns to show them and a few members of the public, ways in which they could deal with SOS calls during the monsoon. 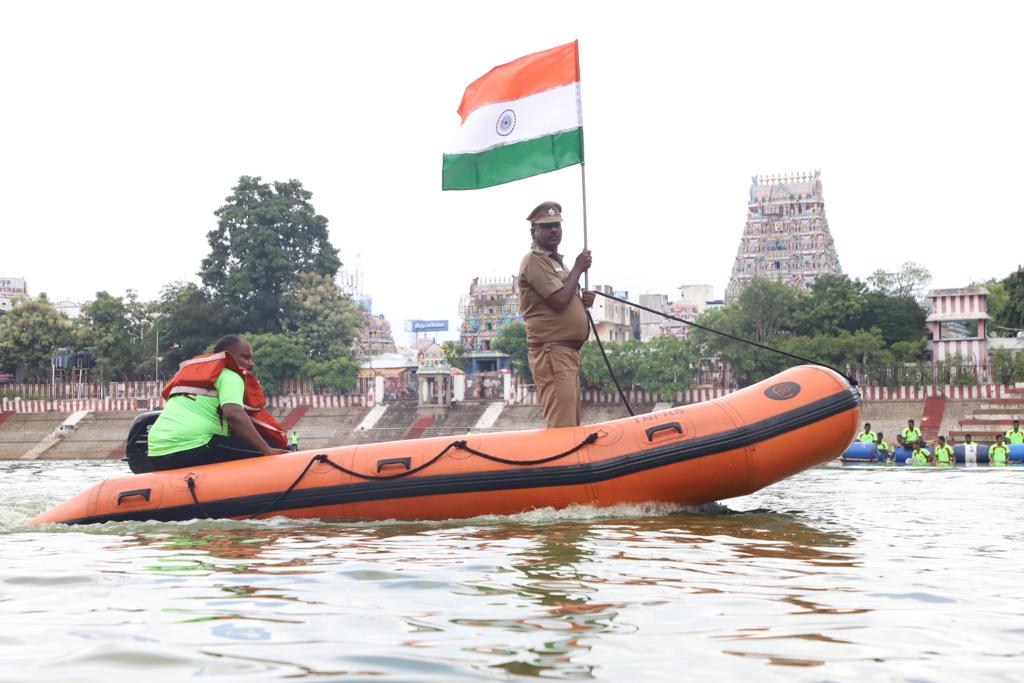 To locate, lift and carry to safety people wading through waist-high water, to secure people trapped on first and second floors of buildings standing in water, of getting to safety, marooned aged people.

All these real-time demos were held in the waters in the temple tank, now substantial after the recent spell of pre-monsoon rains.

As the inflated boats zoomed across the water, around the mantapam that stands in the middle of this tank, students cheered wildly, as if they were enjoying an acrobatics show. 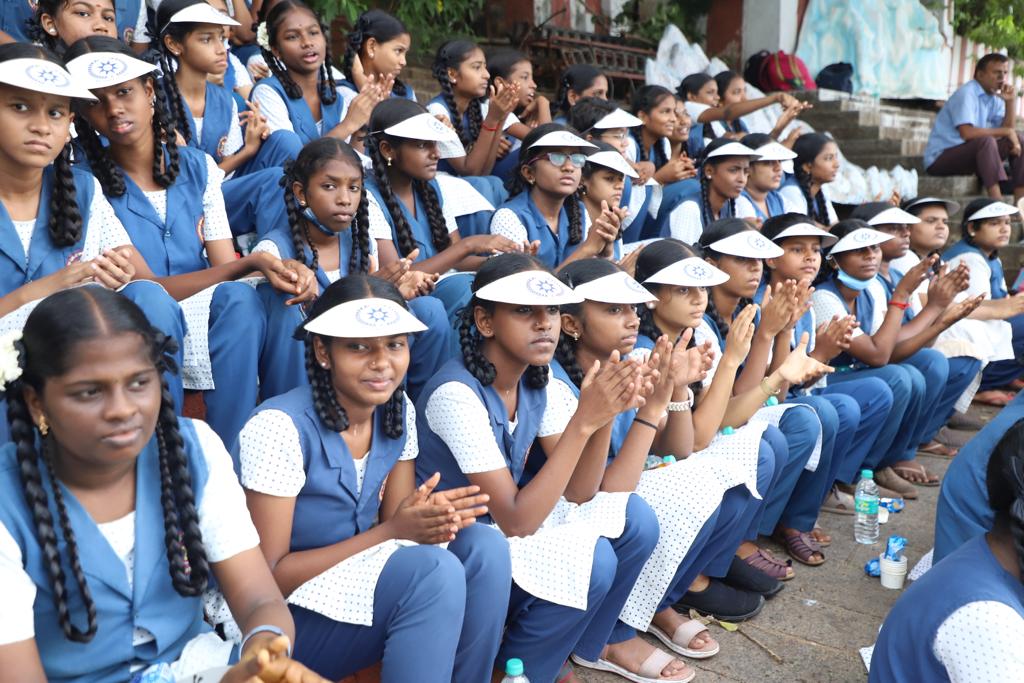 Fire Service officers say they are fully equipped and ready to tackle emergencies during the monsoon.

Deepavali shoppers and bus commuters moving about on the pavement alongside the tank, and who got curious about the event assumed it was the police looking all over again, for the missing mayil idol of the temple, an issue that has been long drawn in the court, with little progress in sight.

<< IS YOUR STREET / COLONY BEEN SET TO HANDLE THE MONSOON? Report the situation; mytimesedit@gmail.com