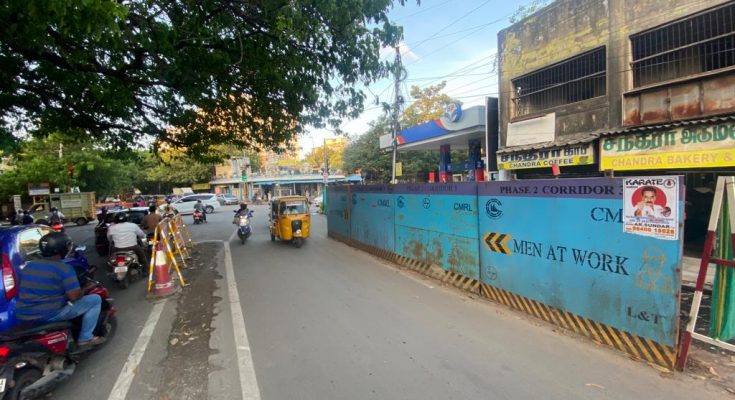 Slow but steady developments are taking place in the Chennai Metro rail projects in the Mylapore zone.

2. Larger slices of land of the lawns and sidewalk of Marina in the Gandhiji statue side have been taken over for heavy duty work.

3. Barricading of areas at the Mandaveli MTC terminus junction is slow.  The management of a private temple, obviously an encroachment that has been bypassed even by GCC, is said to be pushing the Metro officials not to disturb the temple.  Also, some part of the bus terminus will be required for prelim work. But more space alongside R K Mutt Road, beyond the petrol station has been fenced off. 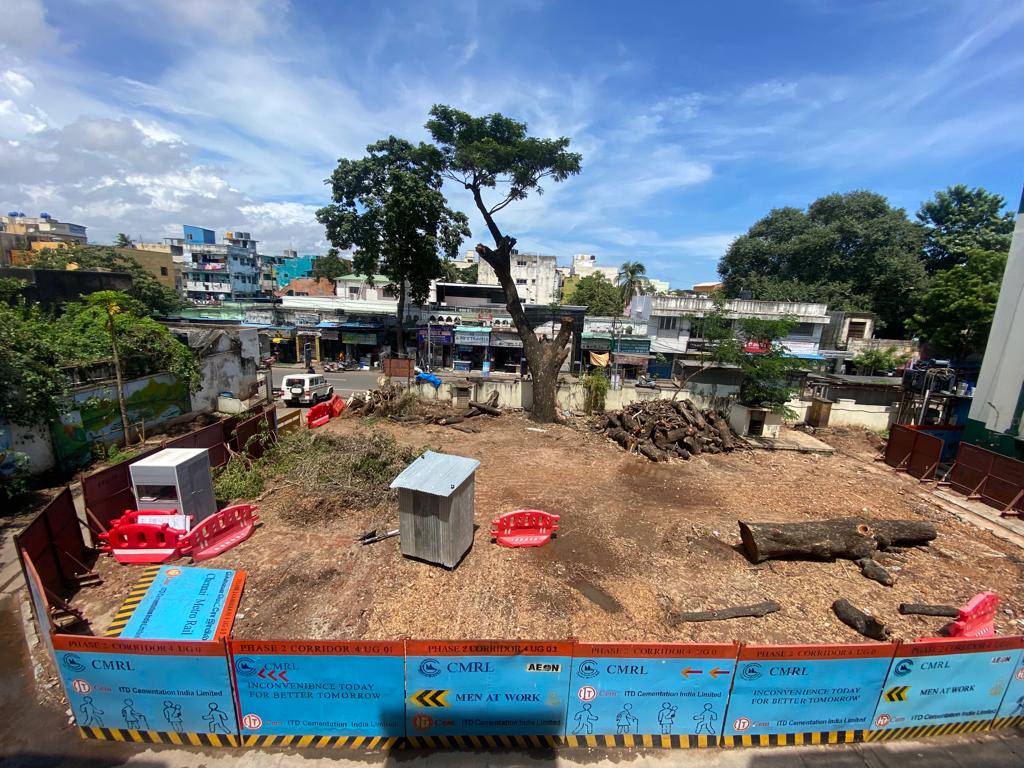 4.  A large parcel of land inside the sprawling Police Quarters opposite the Jumma Masjid mosque is being barricaded; all large trees were chopped down.