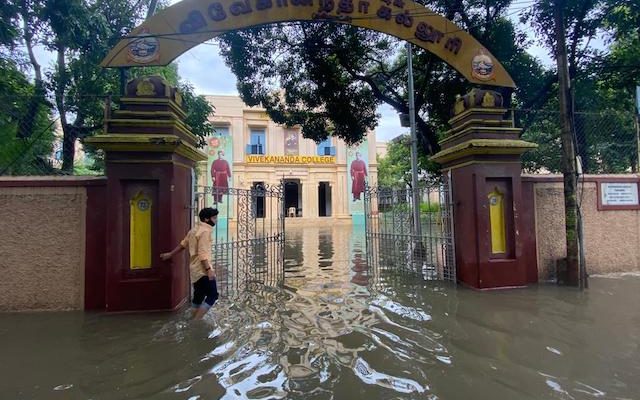 Mylapore MLA Dha Velu says people can contact him anytime if there is serious flooding or road blocks or other such issues this monsoon season.

He says that he has advised local area councillors to go around their ward zones and look closely at spots which get flooded or where civic work is still on or half-done which may create some issues when the rains come.

Velu also said he is now going around areas which generally get affected after heavy rains.

He says he is concerned at the state of Slum Board tenements which are coming apart on the top floors but where other residents refuse to budge.

“We do not want the monsoon to worsen their situation and we have designated areas like GCC schools to house these people if they are to be moved out,” Velu told Mylapore Times.

One such area where many top floor roofs and walls of flats have  come off are in some blocks inside Srinivasapuram in Pattinapakkam zone.

(( )) DO YOU SPOT A VULNERABLE AREA which could pose problems at monsoon time? Mention it here