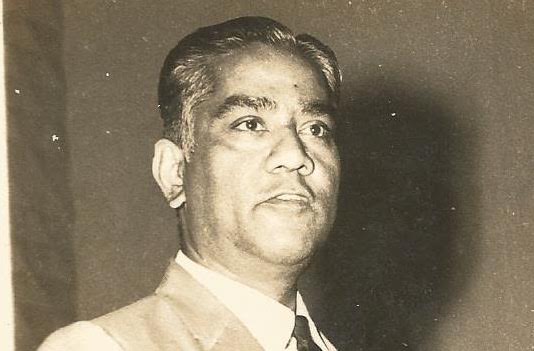 His family members were longtime residents of Pelathope, Mylapore.

Krishnamoorthy started his teaching career at Presidency College, Madras in the physics department. Later, after a short stint in College of Engineering, Guindy, Chennai, he shifted to  Government College of Technology Coimbatore  and was Professor and Head of the department of physics.

Apart from authoring a book titled “Treatise on Physics” for graduate students which sold well, he was a popular teacher amongst his students and widely appreciated for his teaching style, his family said.

He was also a popular quiz master and an excellent orator.

In the words of Wing Commander T. Mohanakrishnan( 1971-’76 batch of GCT) , “Prof. KSK Sir taught physics very well and probably ours was a time when students who were taught by the person who had written the text book.”

His friend and former colleague Prof. G S Kailasam pays tribute: ”KSK is the modern version of Shri Rama –dutiful and affectionate son, role model for his brothers and sisters and an  ideal husband, father and grandfather. He won the admiration of his students by his erudition and clarity of exposition. “.

Prof. M. P. Chockalingam from Annamalai University who was one of the thousands of students of Prof. KSK, (1967 batch of GCT), recalls him as a scholar and philosopher and humanist.

Another student of 1970 batch of GCT, paid tributes saying, “He taught physics like a child playing with  a toy. He used to wield a long stick in his hands during the lectures, explaining the theory or the formula with aplomb, using that wand to trace the matter he had written on the board. He was always finely dressed and somehow reminded us of actor Sivaji Ganesan in the film ‘Vietnam Veedu’.”

The professor spent his last days with his daughter at her Karpagam Avenue house.