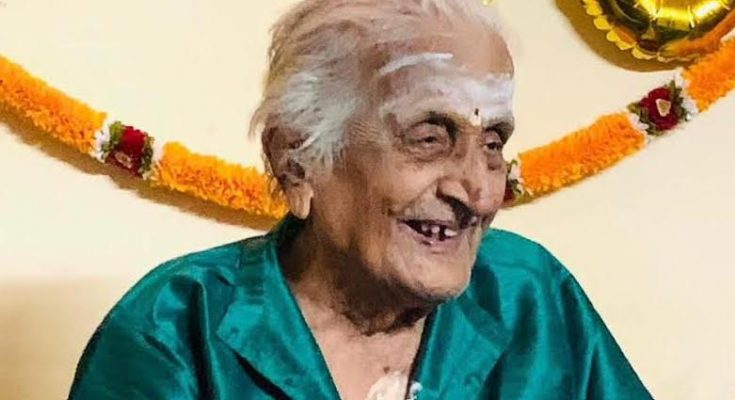 M. R. Rajaraman, retired staff of LIC of India, aged 96, and a resident of Mylapore for over 60 years, passed away on October 15 at his residence.

He was born on June 30, 1926 to  M.K. Ramachandran Iyer (leading lawyer and president of Bar Council, Trichy) and Janaki; he had four brothers and two sisters.  Mahadanapuram (the home was popularly addressed as Periaam) in Trichy, a village on the banks of the river Kauveri, is where the family had its roots.

After his upanayanam at the age of 12, Rajaraman spent much time in religious studies and practice. He learnt astrology, Carnatic music  (with his sisters) and could play instruments like the harmonium, violin and keyboard.

He completed BA ( math) at St. Joseph College, Trichy and then, studies in LLB at Mumbai) and went on to specialise in insurance studies at the AFII.

He got married to Rajam in 1953 and had five daughters and two sons.

Rajaraman worked for Oriental Life ( rebranded later as LIC of India) for 36 years; this was followed by a long stint at Sriram Capital Trust for 20 years – as a legal consultant.

Often, he joined his elder brother M. R. Nagasubramanian to recite slokas on the stage at public religious discourses.