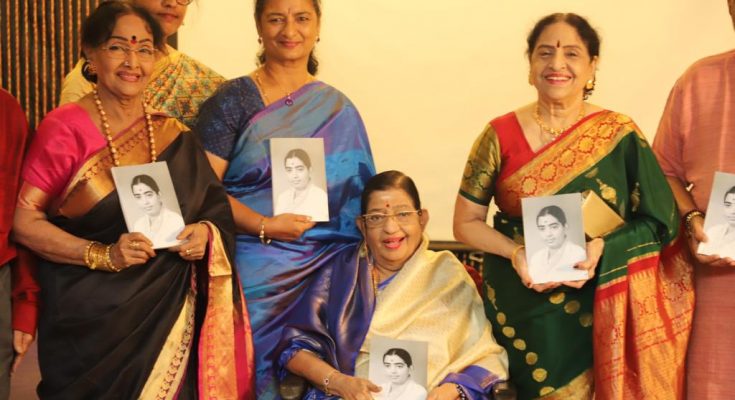 Popular playback singer P. Susheela was in a very expansive mood on a rainy Thursday evening at a book release event held at Arkay Cetre in Luz.

She sang snippets of her hit songs, laughed away on some anecdotes, took people back to the 60s and laced her conversation in Tamil and Telugu. 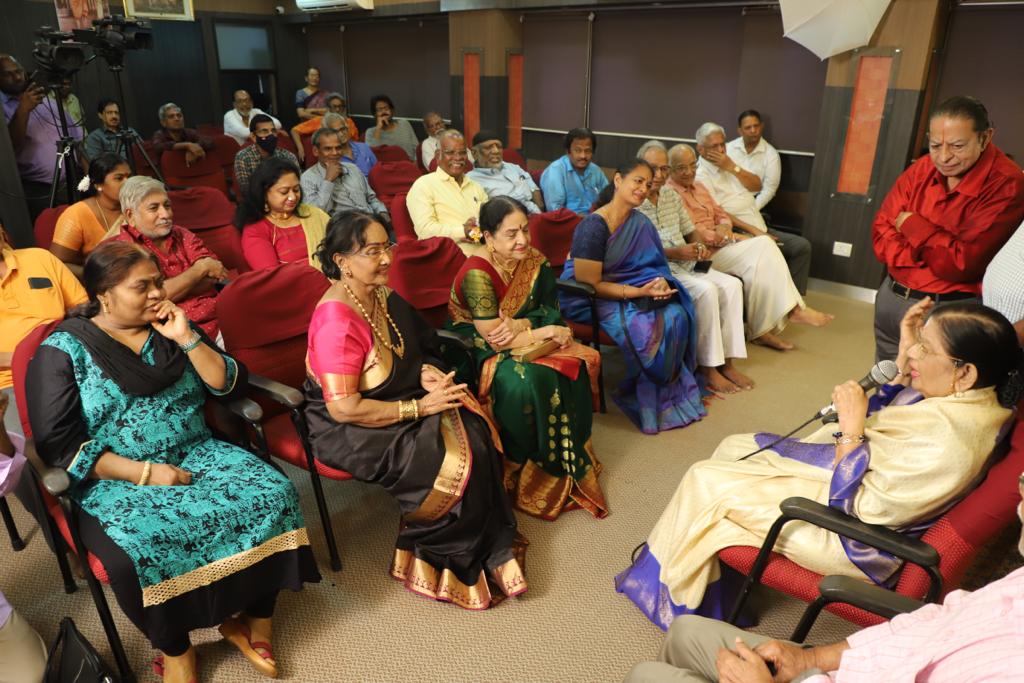 This event was got up by the A M Rajah and Jikki Fans groups to release a book on songs of P. Susheela that did not make it to the screen.

Susheela arrived late but the gathering of some 50 plus people waited patiently; the book release formality was done in minutes and Susheela, who now needs help to move around, was the star story-teller; she was egged on by two yesteryear actors, Rajashree and Sacchu who sat in the front row and added their spice of her narrative.

“I am 80 plus so don’t ask me to sing songs,” Susheela said as others sent in requests.