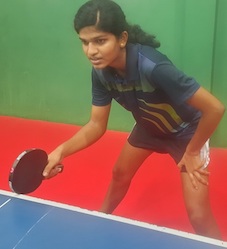 Aged 15, she is competing with the best at the under19 level in the country.  She has already won four state ranking tournaments at the under-15 level and two at the under-17 category.

She is currently the State No. 1 in under-15. Last year, she finished 8th in an international tournament held in Tunisia. In both, the under17 and under19 categories, she is in the top five nationally

She says she trains six hours every day at The Mylapore Club under her father and coach Nagam Prasad, who was formerly the state TT coach.

In the near term, she says her aim is to win the national women’s championship.

She is doing well in academics as well. “I have a deep interest in science and want to explore a professional degree in this subject, especially relating to study on Space,” she said. 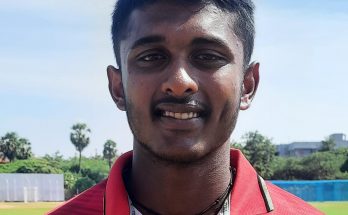