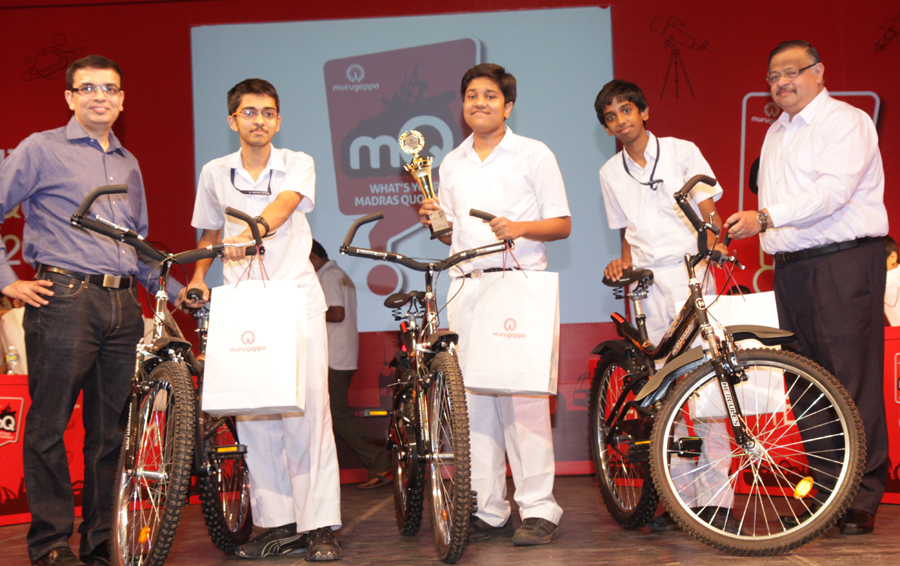 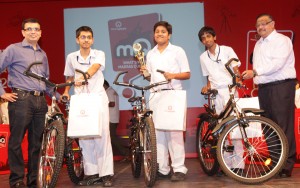 A total of 242 teams from 59 schools across Chennai participated in the written preliminary round, from which 6 teams were shortlisted for the finale.

Several members of the audience won prizes for the various questions asked by the Quizmaster Dr Navin Jayakumar. Special prizes were give away for twitterati and bloggers who came up with witty, insightful and sometimes tongue-in-cheek updates about the event and its relevance to Chennai.

The prizes were distributed by Ramesh K B Menon, Director-HR of Murugappa Group.

Organised by the Murugappa Group as part of its contribution to the Madras Week celebrations, the 2013 edition of the Murugappa Madras Quotient Quiz is the third edition in running.