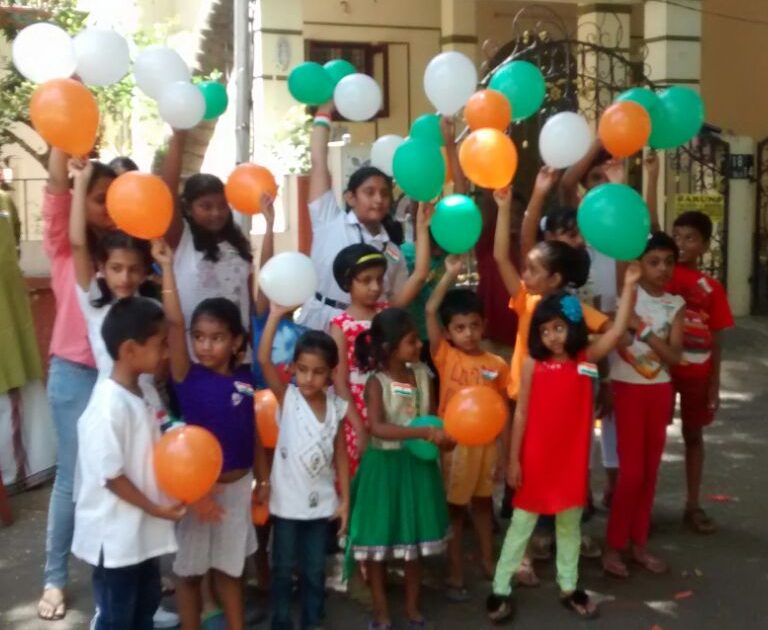 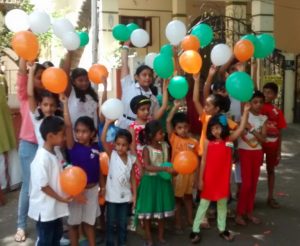 The Independence Day celebrations at Raja Street, Mandaveli and neighbouring areas on Aug 15  started off with the children marching down the street and calling out Jai Hind.

Kanti Neelamekam, the president of the local residents’ association there, hoisted the Indian flag. Later the residents saluted the flag and joined together to sing the National Anthem and the patriotic song ‘Sarey Jahaan sey Accha’. Games and events like the balloon filling competition were organised for the children and prizes and sweets were distributed. 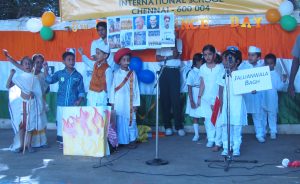 At M. Ct. M Matriculation school, the programme commenced with the ‘Vande Mataram song’. The principal of the school Usha Nandakumar then hoisted the national flag. Irene Kripavathu Collison, head of the international school was the special guest.

Later songs were sung and a tableau, depicting scenes from freedom struggle events like the Quit India Movement and Dandi March, was put up by the primary students. The event ended with a vow by the students to keep plastics off the school campus. 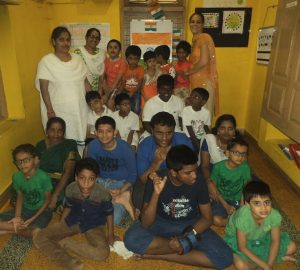 At Ekadaksha Learning Center, a special school, children came dressed in the colours of the national flag, made a collage and sang the national anthem. A simple game was then played in which children picked different coloured numbers and matched them.

Later, two students, Gautam and Mitresh who attend remedial sessions at the center gathered information about India and read it out to an audience. While Mitresh talked about the geography of India, Gautham gave facts about the states and historical aspects.