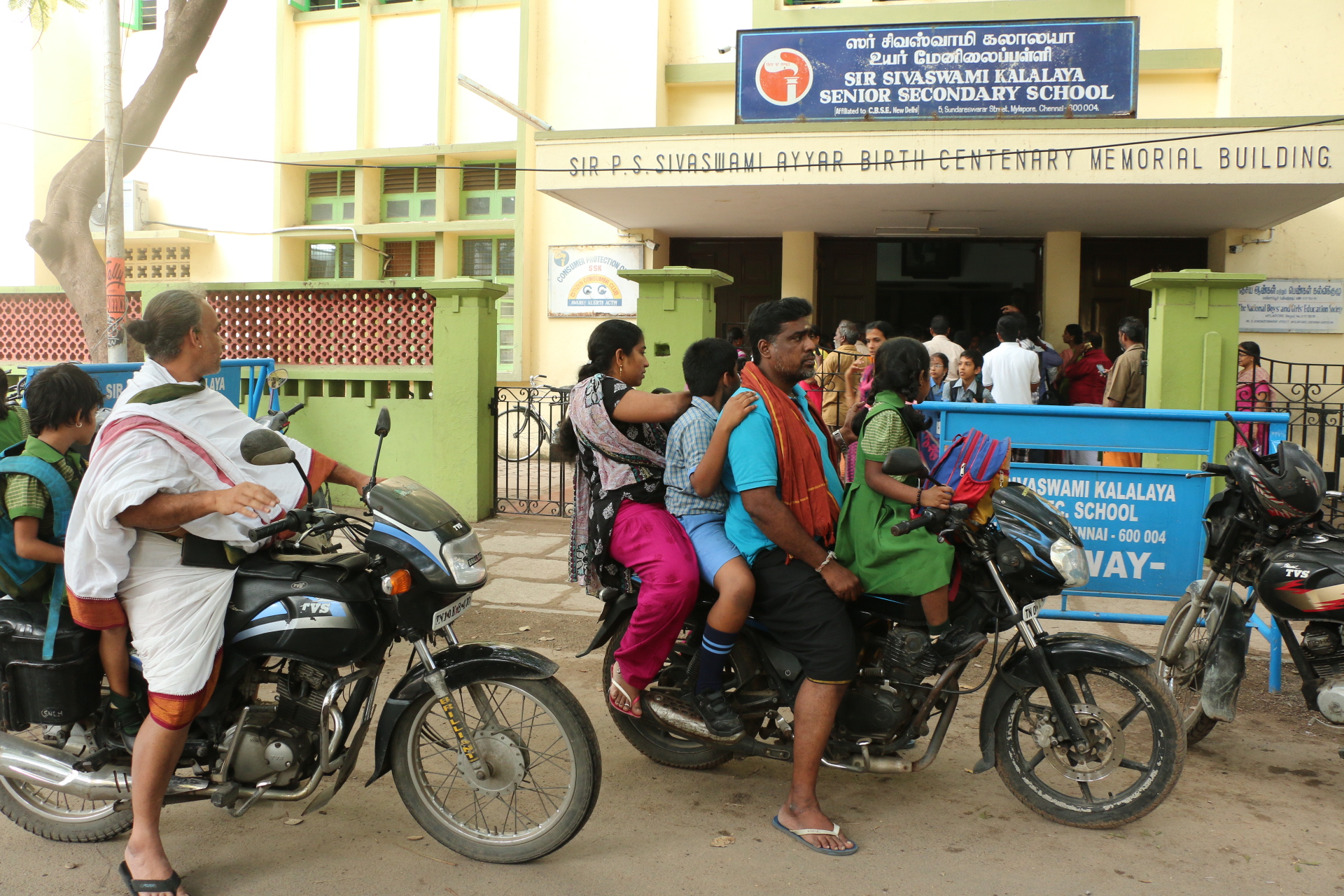 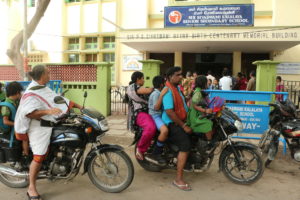 As dusk fell on a  day when the buzz and the gossip on Jayalalitha’s health condition at Apollo Hospital dominated the city, there were panic reactions and traffic jams at some junctions in the neighbourhood.

Many schools decided to close a tad early as many parents of the young coaxed the management to do so ( photo here is of the scene at Sivaswami Kalalaya school).

Many shops in all the areas began to down the shutters after 5 p.m.; most shopping destinations were deserted  by 6.30 p.m.

People crowded at vegetables and fruit shops, provision stores and pharmacies to stock up in case there was a shutdown on the day after.

As hawkers, even on South Mada Street closed shop, a few made a fast buck selling the vegetables and greens. For some unexplained reason, the streetlights did not come on at dusk and the mada streets were in darkness till about 7 p.m.

Sabhas closed up their early evening concerts and the gates of the auditoriums were locked up.

Though police teams have been put on alert in the area, there was no sign of extra police patrols going around. There was also no sign of law and order problems when some TV channels declared Jayalalithaa was dead at about 6p.m.

Restaurants closed down by 7 p.m. though some food carts carried on their ‘tiffin’ sales.

By 7 p.m. save for the thin traffic, even the busy junctions at Alwarpet, East Abhiramapuram, Luz, Mylapore and Mandaveli were deserted.