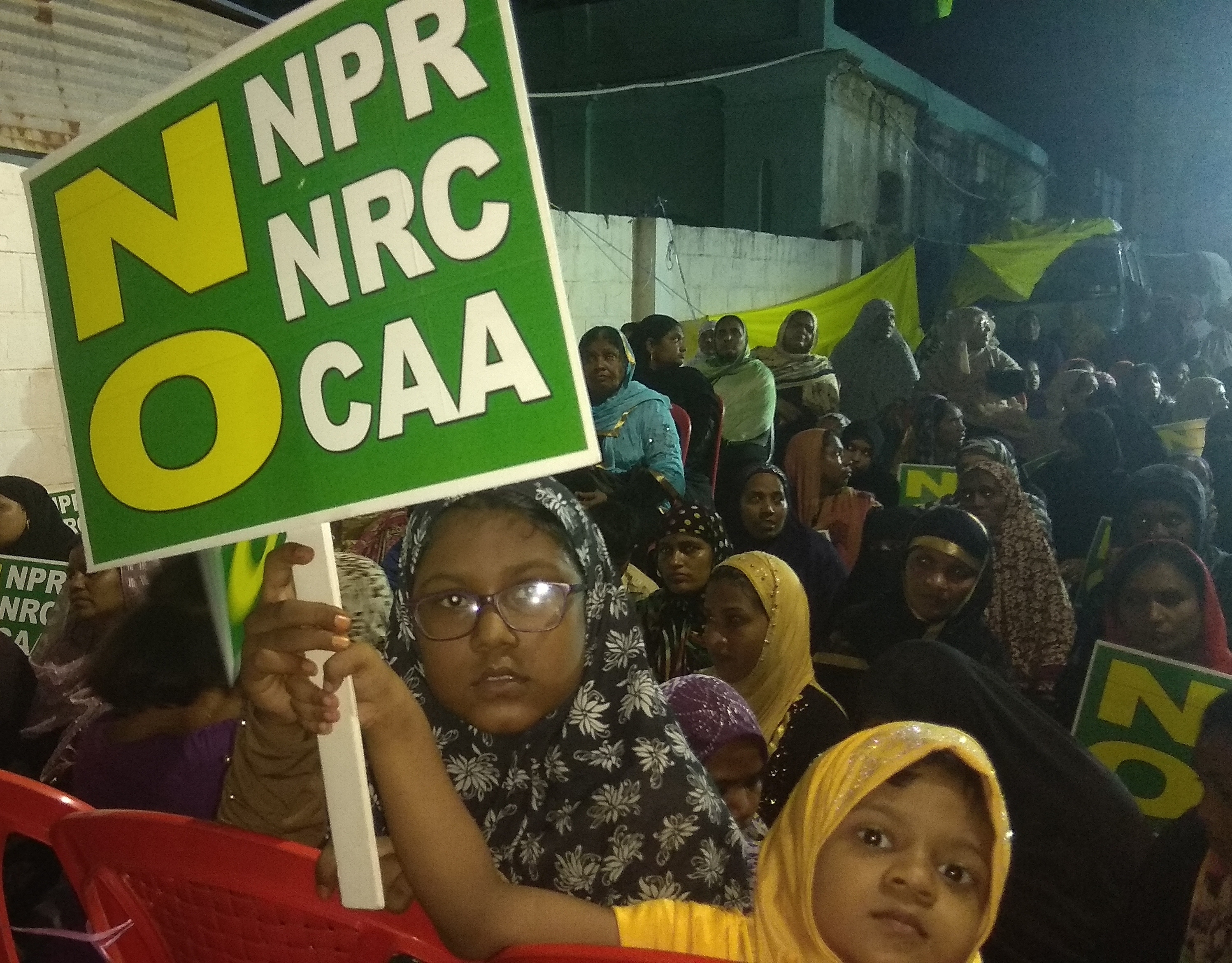 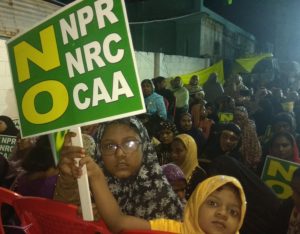 On Friday (March 6), the Muslim community at Kutchery Road, Mylapore held a Shaheen Bagh (in Delhi) like sit-in protest near Jumma Masjid here.

Calling it ‘Chennai Mylai Shaheen Bagh’, the protesters shouted slogans of ‘azadi’. They also held placards that read “No CAA, NPR and NRC”

Said a woman who was protesting here, “We have started an indefinite protest today. We will stop only when the Tamil Nadu Government passes a resolution against the CAA, NRC and NPR and takes a stand for us.”

Mylapore Police were deployed to contain the protest. Said a police officer, “They have started the protest without proper permit. Discussions are on with their community leaders to stop the protest at the earliest.”