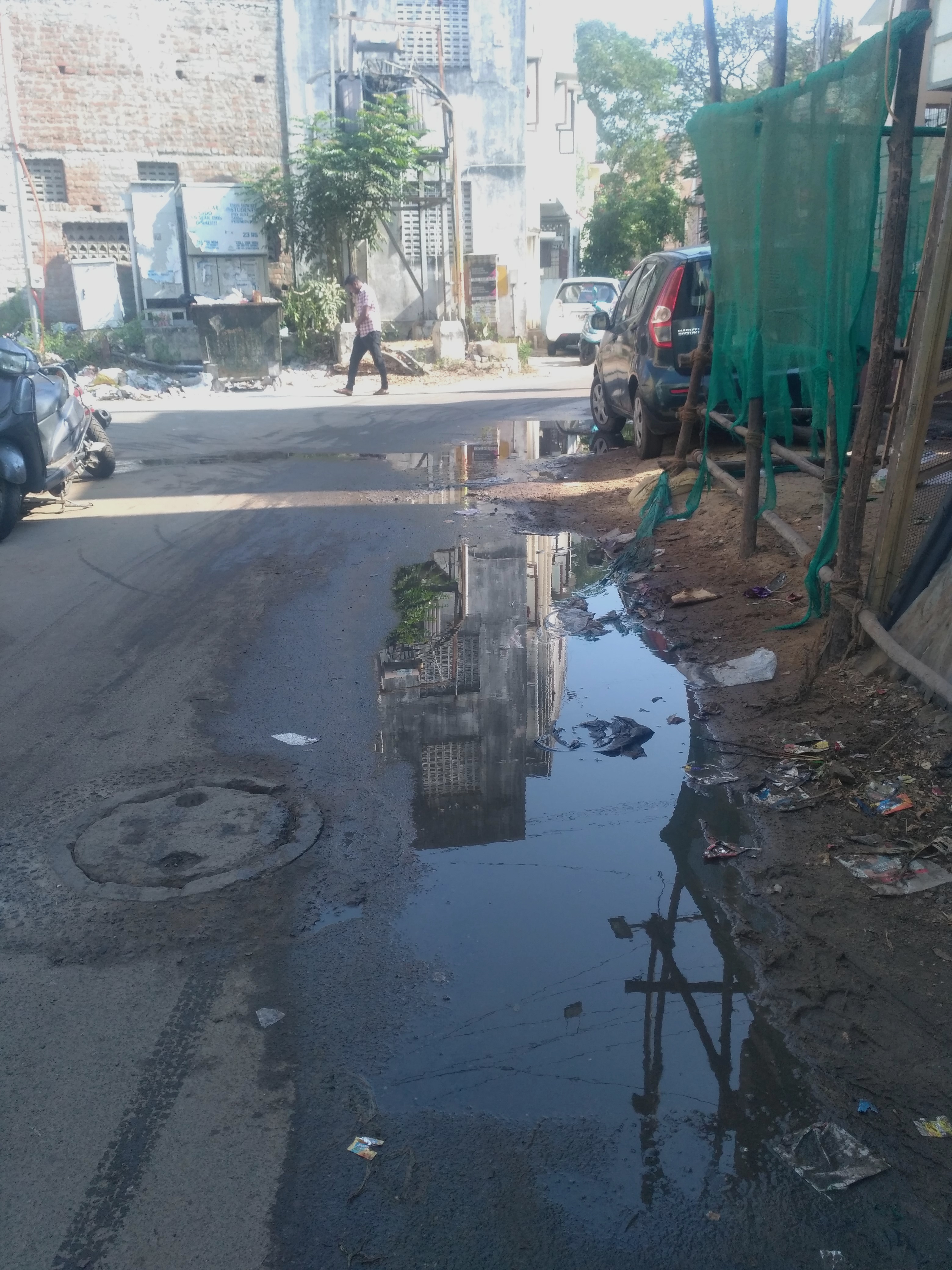 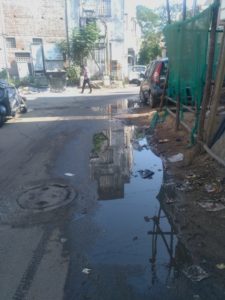 One residential area near Chitrakulam in Mylapore is forced to live with pollution caused by sewage overflow. A problem that has been plaguing the area for many weeks now.

The junction of Kesavaperumal East & South Streets (near Chitrakulam) is often stinking because the sewage flows down the streets, gets scattered and dries up leaving a foul smell.

Local residents say Metrowater teams land up when  the complaints are severe, and uses equipment and a lorry to suck out the sewage but this is only a temporary measure.

“This is the only repeated action that Metrowater has taken over past few weeks but it does not solve the issue, says resident K. Venkatakrishnan of Kesavaperumal East Street.

He says every time he calls the local Metrowater engineer on this issue she says her office has sent a notice to one house-owner here who seems to be the source of the sewage block and overflow.