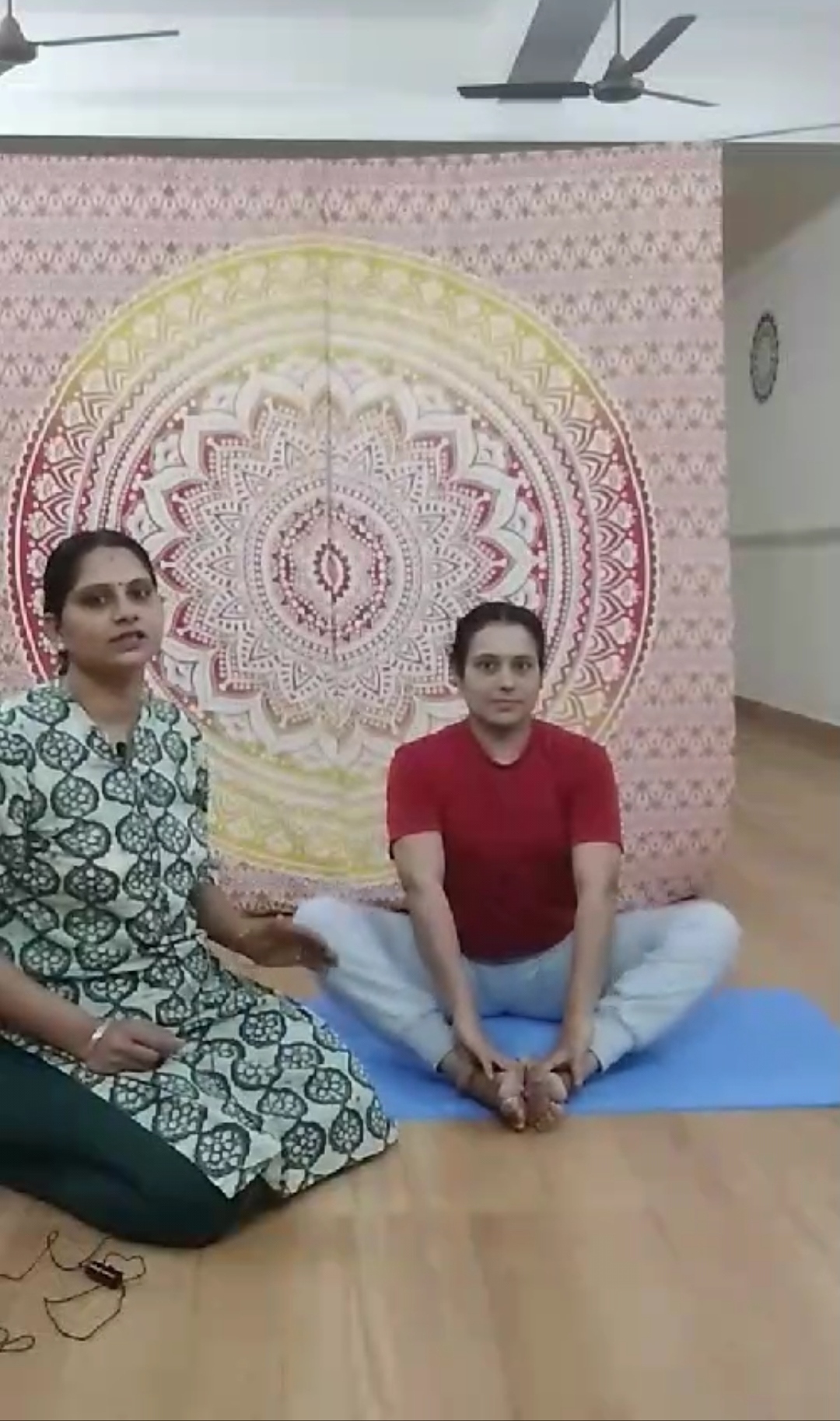 The lockdown has not deterred Ramya Murali, a yoga teacher based in R.A.Puram from teaching yoga.

The 40-year-old has been running her yoga school Samrakshana Yoga Kendra in Mylapore for over 4 years.

Just a week after lockdown, Ramya tapped into technology to teach yoga online via Zoom.

Says Ramya, ” For a few days after lockdown, I couldn’t take any classes. Then on learning about Zoom, I started yoga classes on this platform. I have around 100 students. And now, I’m back to teaching almost 70 % of them.”

Ramya concentrates on specific asanas during the lockdown.

“As people sit for long hours during the lockdown, they tend to get stiffness in neck, shoulders, upper back and lower back. So I focus on asanas that provide relief to these parts of the body.”

Though most of her students took up the online classes, she says getting accustomed to technology was challenging.

“Initially, I faced several challenges. I could not retain the interest of students due to internet connectivity issues. And, my audio would not be clear to students as all had their mikes on. Also, I could not correct each one individually. ”

With time, Ramya has solved the issues one by one. “To avoid audio issues, I asked students to keep their speakers on mute. And as I could not correct students, I kept the focus on breathing exercises and other asanas that were known to them.”

However, the internet connectivity issue, she says could not be solved as it depends on the data connection of each user.

For those who could not join her online classes due to commitments at home, the passionate yoga enthusiast records her practice videos and sends it to them.

The needs of her senior students are also taken care of. “Many of my senior students aged between 55 and 75 were not able to continue yoga practise as operating the App was new to them. So I record audio instructions and send it to them via WhatsApp, she says.

Ramya has also waived off 50% of fees to help students take up classes during crisis times.

When asked how she manages home and work, she says, “I’m able to manage as both my sons have grown up.”

Ramya has also collaborated with The Hindu (Tamil) to conduct live sessions for beginners on Facebook. The sessions can be viewed on the Facebook page of ‘Tamil The Hindu’ from 3 p.m. to 4 p.m.