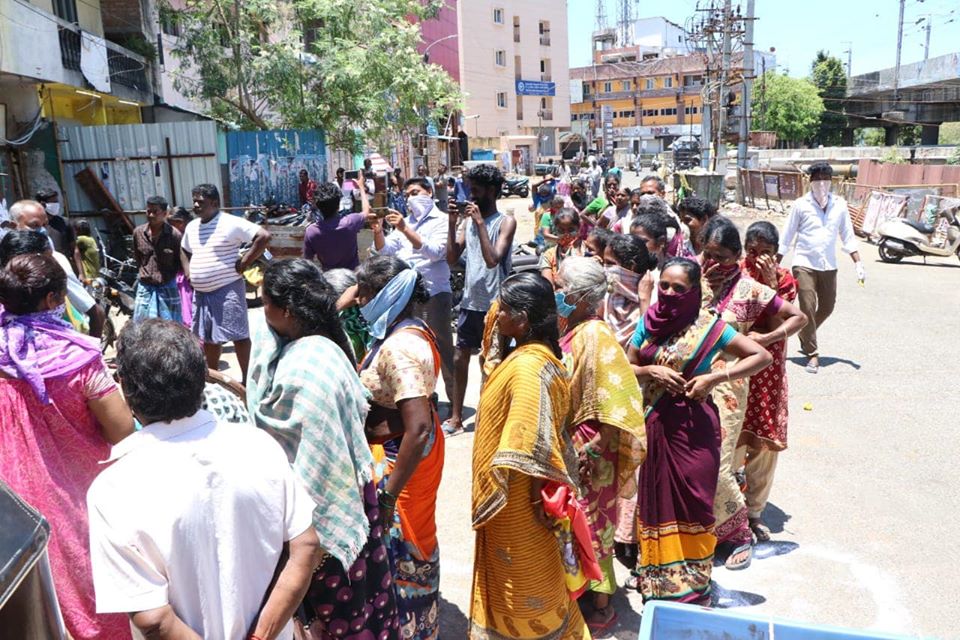 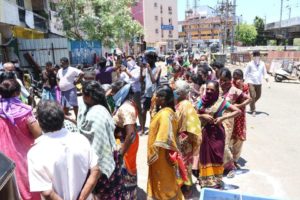 “How will we buy masks when we don’t even have money to buy provisions and essentials?, this is the question I get asked most often by the residents of slum areas,” says Chennai Corporation’s animator, who has been surveying the neighbourhood since lockdown.

The livelihoods of most of the slum dwellers seem to have worsened now. This is because most of them have either lost their jobs or are struggling to make ends meet with poor business.

Take, for instance, the TNSCB slum tenements at Kapali Thotam and Pallakuma Nagar, where over 30 virus-positive cases have been reported.

Located off R.K.Mutt Road near the Thirumayilai MRTS railway station, the colony houses more than 1500 middle class and lower-middle-class families.

And following lockdown, almost all lost their jobs.”With no job or money, now they seem to be frustrated always. Hence, they don’t listen to us too.”

However, she says they tend to not follow physical distancing even if lanes are broader. They too cannot be blamed as they reside in tiny houses. Almost six to ten people stay in each one.

“The residents feel its suffocating to stay indoors all the time. And hence, they come out to get some fresh air. Most of the time, they will be sitting outside in groups.”

Till now, they have been running their families with the dry rations donated by political party volunteers and other well-wishers. Some say they pawn jewels to buy daily food, she says.

Understanding their current living conditions, the animator says that she does her best to prevent the virus spread at this colony. “I do my job with utmost sincerity to prevent virus spread here. Our team regularly surveys this area, checks residents for virus symptoms and quarantines them as soon as they turn virus-positive.”

One Comment on “With no job or money slum dwellers are frustrated, says Chennai Corporaton’s animator”