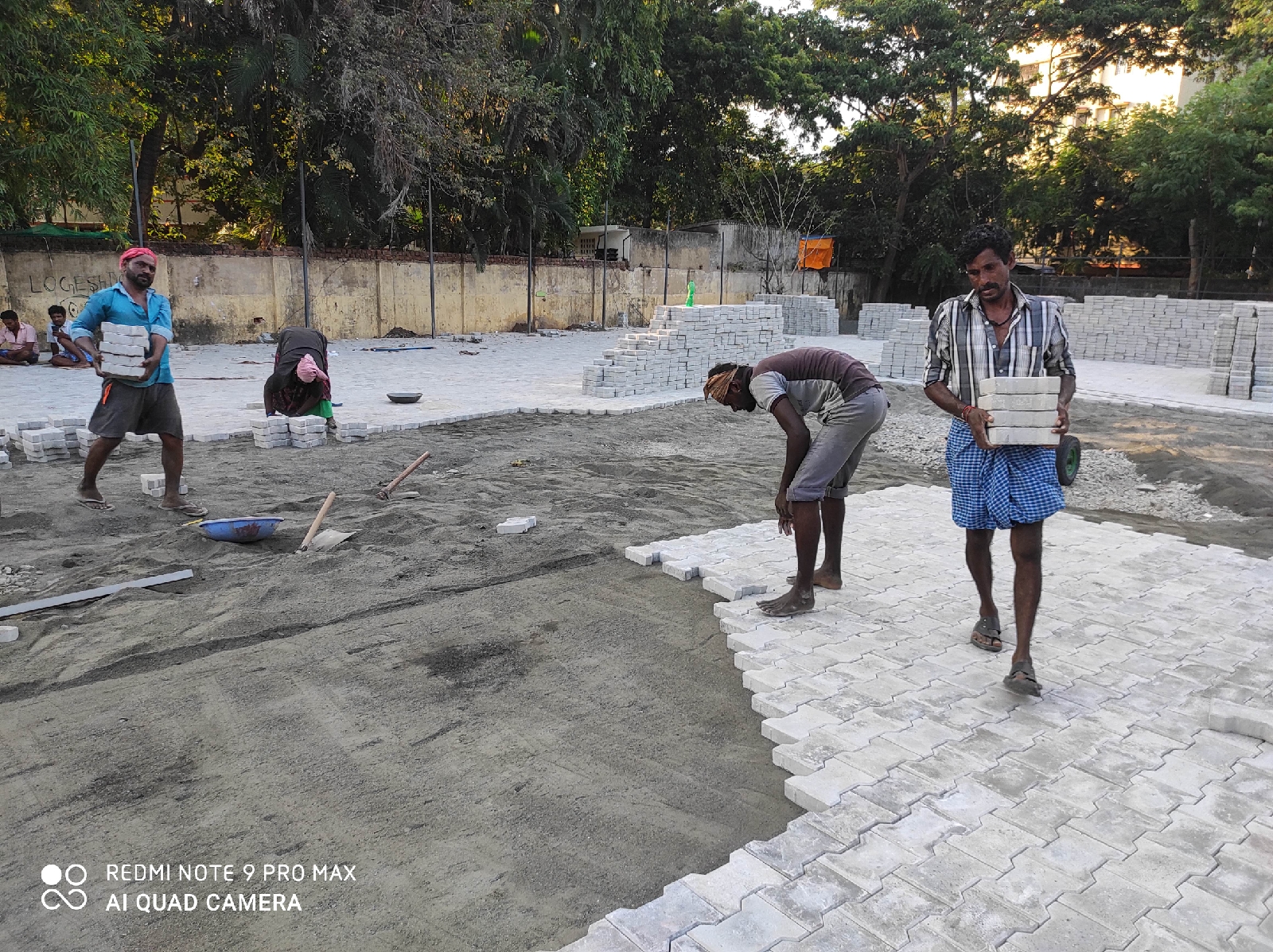 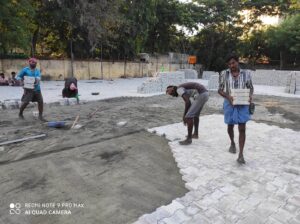 Since the past few days, tiling work is on at Chennai Corporation’s large open space at Kamarajar Salai, R.A. Puram, just opposite Dharmambal poonga on this road.

The ground is being levelled and Corporation’s contract workers are seen placing concrete tiles over it.

The workers say that the entire space would be tiled in a few days.

Civic workers say the work is being carried out to facilitate the parking of battery-operated vehicles (BOVs) used by new garbage collection agency Urbaser Sumeet, to collect waste.

The agency started its operations in this part of Mylapore in early October.

Till a few weeks ago, this space used to be filled with mounds of garbage and silt. And prior to the lockdown in March, local youths also used to play cricket here. In late March 2019, civic officials attached to the Ward 173 had told there was a proposal to convert this space into a sports facility. However, it is not clear why that plan was not executed.