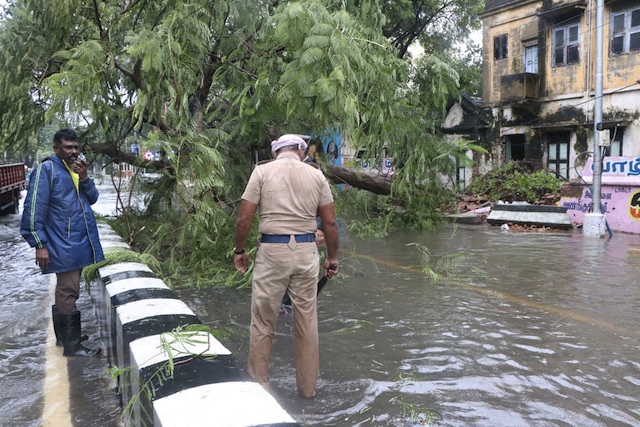 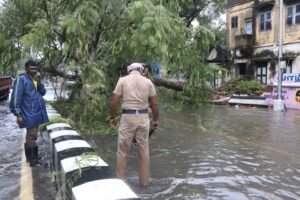 State officials and their staff are coming for a great deal of appreciation for working in challenging situations they have to deal with in Mylapore during the cyclonic weather since last morning.

Today, the day has been difficult for all of them.

Two SOS needs had to be attended to by GCC civic staff – to chop and take away fallen trees and to clear blocked drains that led to flooding in busy streets and roads.

Police officials, taking of from the orders and example by commissioner Mahesh Aggarwal were not only on the beat in their patches but got other department staff to address pressing flooding issues.

Traffic police had to either guide or divert traffic where trees had fallen or flooding was intense, which was rare in Mylapore.

Urbaser Summer staff who clear garbage daily reported for work and did a quick job wherever they could and during breaks in the rain.

TANGEDCO and Metrowater staff at local units were at their posts to attend to SOS calls. Power supply was switched off now and then as cyclonic winds got stronger post-lunch today.