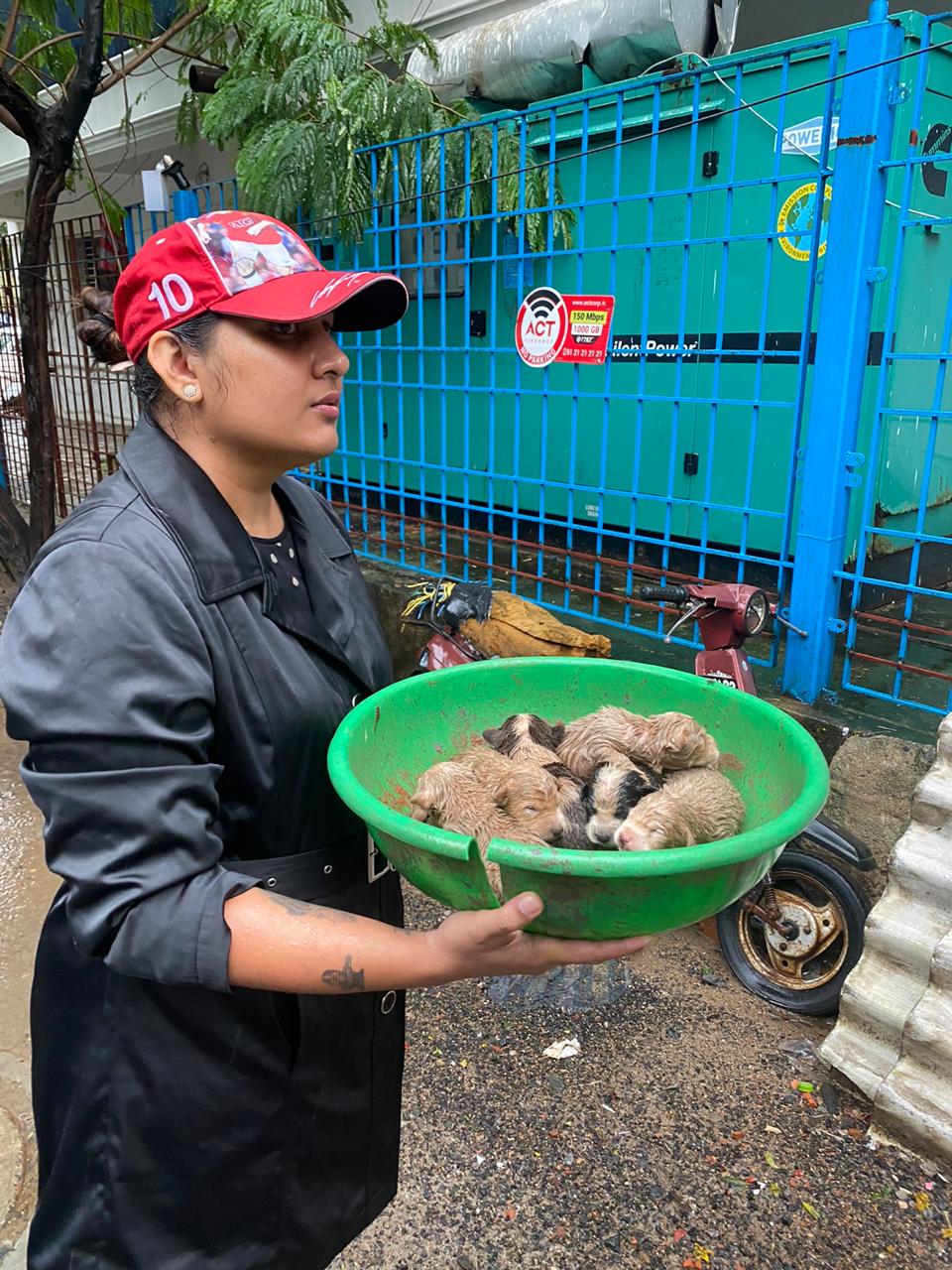 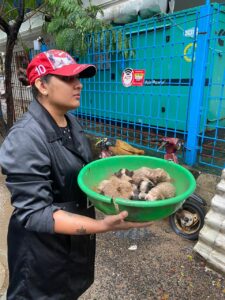 With just a small team of two members, R.A.Puram based NGO ‘Hope for Critters’ rescued dozens of stray dogs and pups during cyclone Nivar.

Braving heavy rains and gusty winds, Kirthana, the founder of the NGO along with her driver went around the city in their ‘pet ambulance’ and carried out over 32 dog rescues, this past Wednesday (Nov.25) and Thursday (Nov.26)

The NGO and its volunteers have also fed helpless animals during the cyclone.

Says Kirthana, “Since Wednesday, people kept calling us to report about stranded stray dogs in their neighbourhoods. We coordinated with them and rescued as many dogs as we could.”

The duo visited places including Guindy, Navalur, Purasalwakam, and Ayanavaram to carry out rescue operations.

In most cases, she says dogs were stranded at standalone buildings or on rooftops of apartment complexes.

“They were struggling to find a cover as it was raining steadily. Many were stuck in empty plots, that were flooded. The challenge for us was to somehow reach the dogs and then move them to a safer place.” 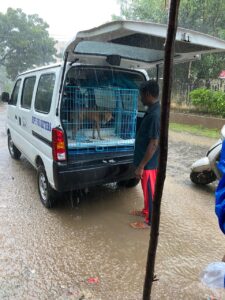 At some areas, Kirthana says that local residents willingly helped them in the resue.

Some were even kind enough to accommodate rescued dogs in their parking lots, for a few days until the situation returned to normalcy, she says.

However, not all rescues were easy for them. “It took us nearly four hours for rescue in Velachery.”

Explaining the rescue, she says, that a 10-day old pup was stuck at an empty plot in Velachery, which was fully covered with water.

However, as the street leading to the building was flooded with knee-deep water, their ambulance could not move inside. So the duo had to walk through the marshy road. And then, since the complex was inaccesible, they had to use a ladder and reach its terrace and then rescue the pup.

“Thankfully the pup bore the effects of the cyclone for nearly 50/ 60 hours and was alive. “And so, Kirthana now plans to name it ‘Nivar’ and handover it to a family who would love to adopt it.

While the NGO intends to continue its service during heavy rains/cyclones, it urges more people to come forward and help stray animals at such times.

Says Kirthana, “We have seen that only very few people are willing to accommodate dogs at their house during heavy rains. So I urge more people to come forward and help them at times like the cyclone. People can start by offering them a small space at their parking lot or verandah. There is no need to worry as the animals will stay at one’s place only for a few days until the weather becomes normal.”