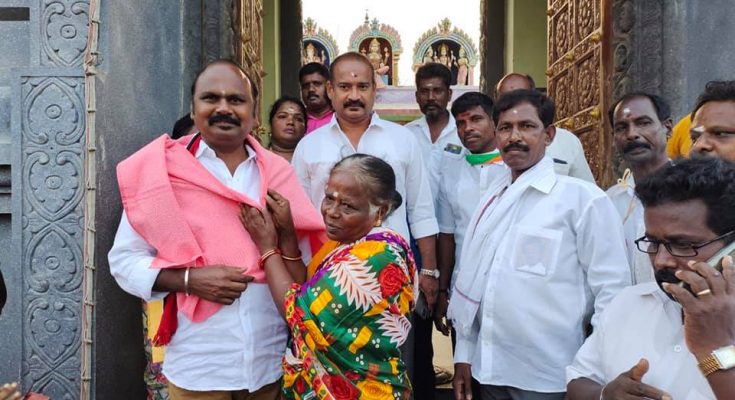 Mylapore constituency is witnessing a fairly close battle in the election campaign by the two candidates of two big political parties.

And as the campaign enters its final lap, the two sides will strain hard for that final burst.

Both R. Nataraj of the AIADMK and Dha. Velu ( not T. Velu as we have been mentioning) of the DMK, realising this is going to be a tight contest, have been targetting all colonies – across the divide. 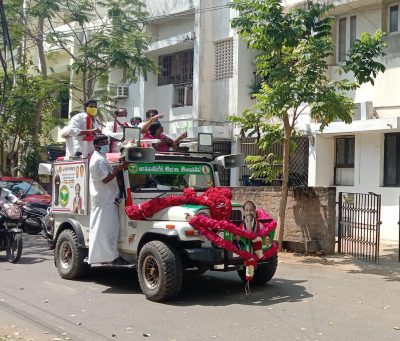 Sitting MLA as he is, Nataraj started with an advantage since he had little going against him and importantly, the middle and upper middle sections seem to tilt to his side, even without caring to look at the party he is from. This vote will come in handy and if there is a small swing, have a say.

On Monday, chief minister, Edappadi Palaniswami, on a whirlwind tour of the city, made a quick stop in the area to canvas for Nataraj.

Velu banks on his party’s units at the ward level, which his supporters say are battle-borne. Which means these foot soldiers will target the middle class and the economically weak, people in shanties and Board tenements and kuppams.

But Velu has realised his name doesn’t resound in the apartments of Alwarpet, R A Puram and Abiramapuram. He has woken up a tad late to showcase what his group says is his record as local area councillor – but that was long ago.

The winning cards are with the undecided or ‘border case’ voters as much as they are with the percentage of the educated and well-to-do voting decisively on April 6.

The positive side of this battle feature is that both candidates are ‘local’ in many ways and that allows for better connect, access and hope.