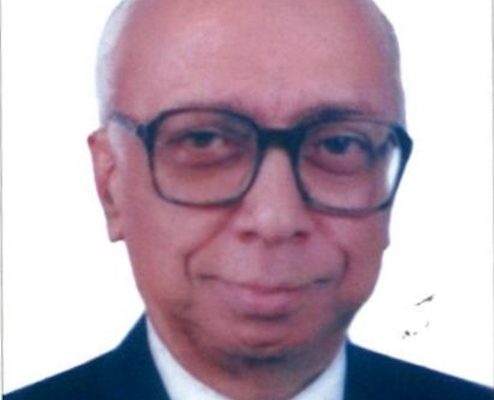 Dr. G. V. Ramakrishna, a senior IAS officer who occupied key positions and a resident of C.I.T. Colony, Mylapore for more than 20 years, passed away on March 20, a week before his 91 st birthday.

He was fondly called as ‘GVR’ in his circle. He was a 1952 batch IAS officer, had an illustrious career in the Indian Administrative Service for nearly 50 years in various
capacities. He became the chief secretary of Andhra Pradesh in 1983 and then worked with the Union Govt. in the ministries of finance, industry, steel, coal and petroleum. He has served as Secretary to the Govt. of India from 1983 to 1988, advisor to the Government of Tamil Nadu in 1988-89, ambassador of India to the European Union during 1989-’90.
He served as chairman for the Securities and Exchange Board Of India (SEBI) from 1990 to 1994 and was member, Planning Commission during 1994-’95. He
was Chairman, Disinvestment Commission from 1996-’99, Member, Prime Ministers’ Economic Advisory Council during 1997-’99. During his stint in the Planning Commission, Construction Industry Development Council (CIDC) was formed jointly with the construction industry. GVR was appointed the first chairman of CIDC from 1996-2003 and became chairman emeritus from June 2003.
Born on 27.03.1930, Ramakrishna was an M.Sc. gold medalist from Mysore University and a
master of public administration from Harward University. His life story is in his book ‘Two Score and Ten: My Experiences in Government’. He has also written a book titled ‘Indian Governance: An Insider’s View’