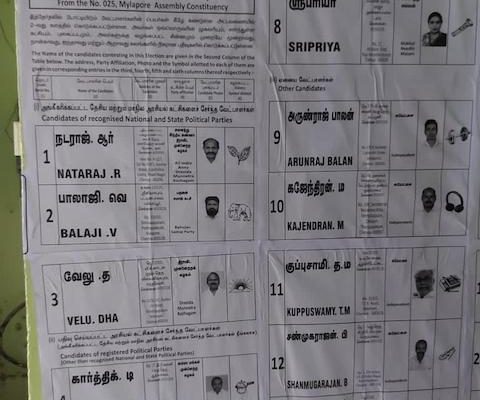 And then, after 4 p.m. most polling booths came alive this Monday evening.

The staff and the police were in place.

The materials began to arrive.

And in Teynampet, the huge posters that list all the contesting candidates were pasted on the walls at the booths ( see photo).

By tonight, all the acts will be in place, staff at a  Mandavelipakkam booth told us.

And at Rajalakshmi School campus booths in the same area, on 5th Trust Cross Street where candidates ( contesting in different constituencies) state  minister J Jayakumar and BJP’s Kushbu are expected to cast their vote, things were in place.