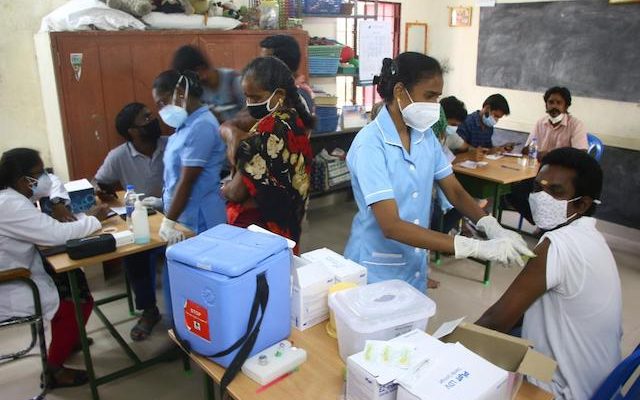 Are there a good number of people across the Mylapore zone who still have not taken the first jab of the vaccine?

Yes, going by a rough estimate that local staff of Chennai Corporation have made based on feedback from the ground from contract aid workers.

“Yes, more and more people are wanting to get the jab but there are many more who need to be persuaded to take it,” says a GCC medical officer who oversees the vaccination process in this part of Teynampet zone.

Currently, Covaxin stocks are available and GCC staff are informing all those who want to take the first jab to take Covaxin now and be assured that the same will be available for their second jab.

“But for some reason they want Covishield,” says a GCC staff. “ Many people seem to go by what the media is talking about now.”

GCC staff have also been told to get people with problems like hypertension and diabetes to get vaccinated now since they could be in danger if there is a serial rise in the virus spread in the weeks to come.

The GCC team is prepared to serve communities which want a vaccine camp in their colony; such requests have been routed by the Mylapore MLA to ensure large numbers attend a camp. Recently, a camp was held in a church hall in R. A. Puram and close to 200 doses were administered.