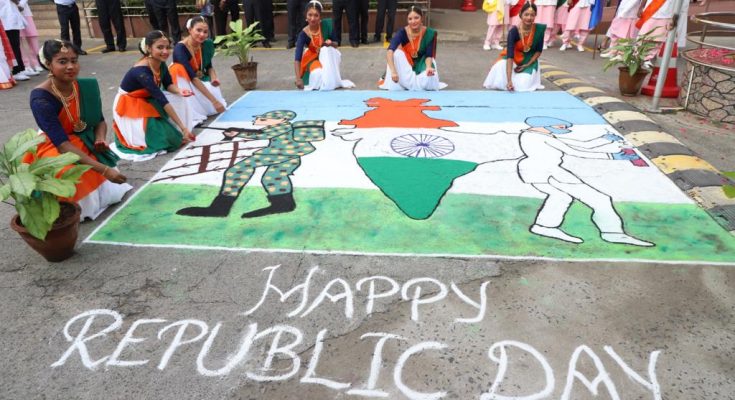 There are a few groups who make it a point to celebrate Republic Day and Independence Day come what may.

In times when the pandemic is still around and meetings are discouraged, today’s Republic Day events held by various groups across  Mylapore were kept simple and small and snappy.

As is always, the event was colourful at the campus of St Isabel’s Hospital where the Nursing School students led the event – a large India-themed Rangoli on the campus floor, a students group attired in the tricolour, a snappy melange of events for the occasion . . . . 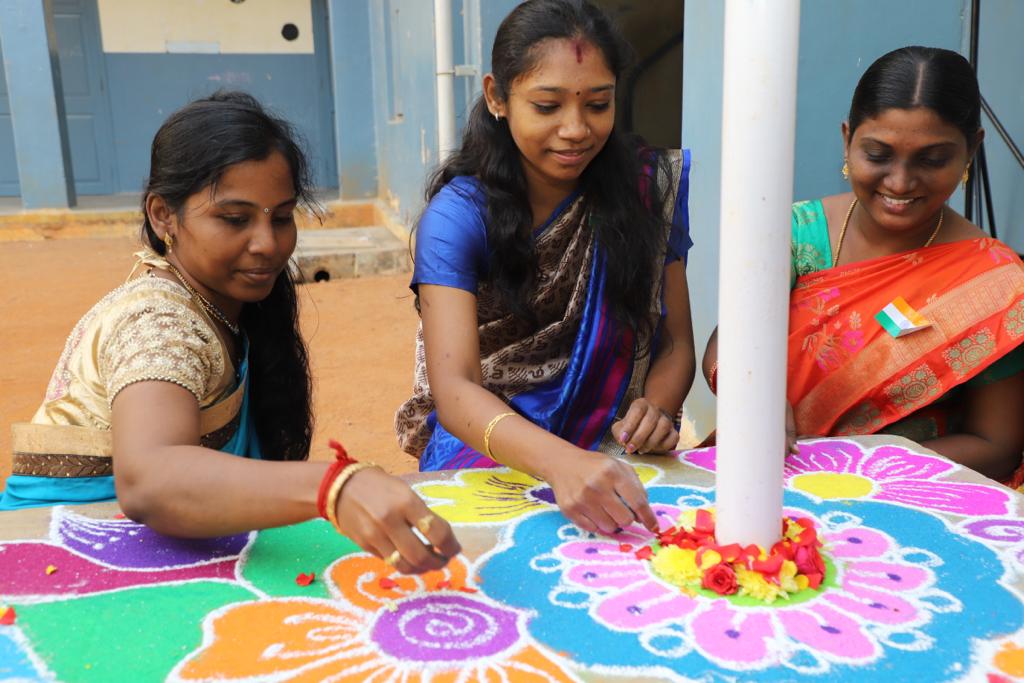 Closeby, the team of Rasika Ranjani Sabha, conducted a snappy flag hoisting event. As did the staff and students at Lady Sivaswami Ayyar Girls School: they designed a large rangoli of flowers and powders around the flag mast.

A small group of Mandavelipakkam residents hoisted the India tricolour at the Kalyan Nagar Association as they always do and at Jeth Nagar, R A Puram the heads of the local community invited staff of Urbaser Sumeet who clear waste in that patch to attend their event and honoured them.

At the GRN Jeevan Bhima enclave off Dr. R K Salai this morning, the children of the enclave gathered in the morning and hoisted the flag together, followed by short music performances by some. ( photo above)

Rotary Club of Madras East held a snappy event on the campus of the Chennai Corporation Community College it supports in Alwarpet. This campus is at the rear of Winners Bakery.  The chief guest was Rotarian S. N. Balasubramanian, the club’s district chairman  for vocational services. The president of Rotary Club of Madras East, Srinivasa Rao and his colleagues were present. ( photo below) 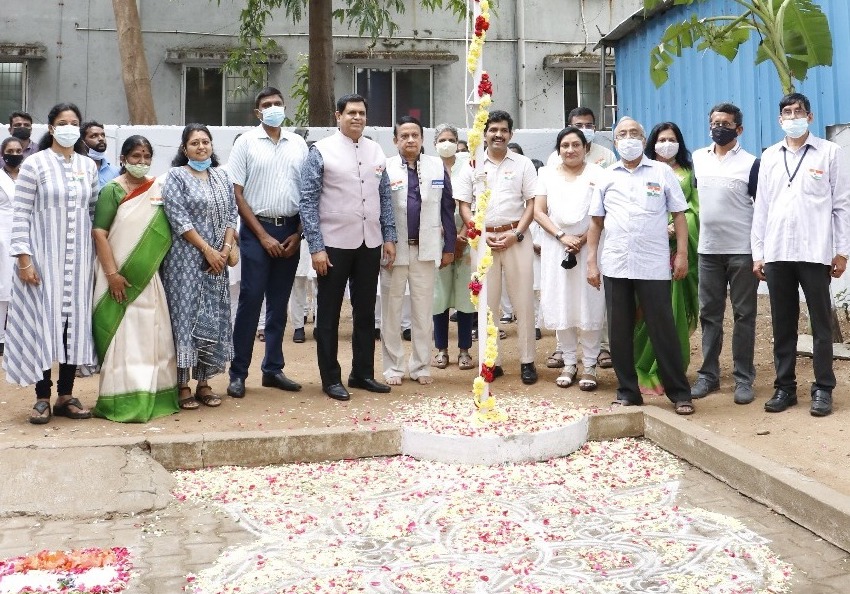