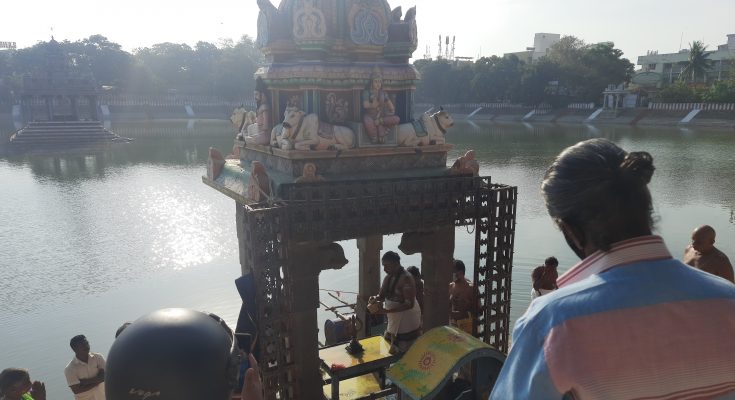 On the occasion of Ratha Saptami, the birth anniversary of lord Surya, lord Kapaleeswarar was taken on a small chariot procession around the four Mada Streets on Tuesday morning.

While Theerthavari was conducted by hereditary priest E. Venkatasubramanian Shivachariar to the chanting of the Vedas and the presentation of the sacred verses by Sathgurunathan othuvar on the west side of the temple tank just after 8am,  another hereditary priest Balaji Shivachariarar anchored the street procession.

Following the Theerthavari, lord Kapaleeswarar made his way back to the temple via North Mada Street.