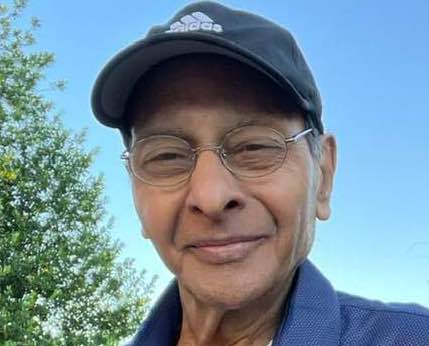 Kalidas Venkatraman, a giant in the advertising field who headed The Hindu newspaper’s operations from Chennai has passed away in the USA, where he was spending time with his family.
He lived in R A Puram, his home for many many years.
A note posted by his children posted below, says much of the man –
Dad started working in The Hindu at the tender age of 18 in Calcutta, having to support his family after the passing of his father V. V. Sastry.
He rose to the highest ranks in the Advertising Department through his innate capabilities, knowing how to treat people, and absolutely incredible work ethic. His sheer joy and enthusiasm to go to work every Monday morning is something we will never forget!
He was not only an advertising guy. His writing, public speaking abilities and way with words is something I cannot even start to emulate.
He had numerous articles published in The Hindu and sister publications on such a diverse range of topics, and was invited to speak in many colleges.
That talent came from his love for reading and deep knowledge of English literature. He would rattle out phrases from Shakespeare and would force us to read Wren and Martin when we could barely spell it!
More at https://www.facebook.com/venkataraman.kalidas