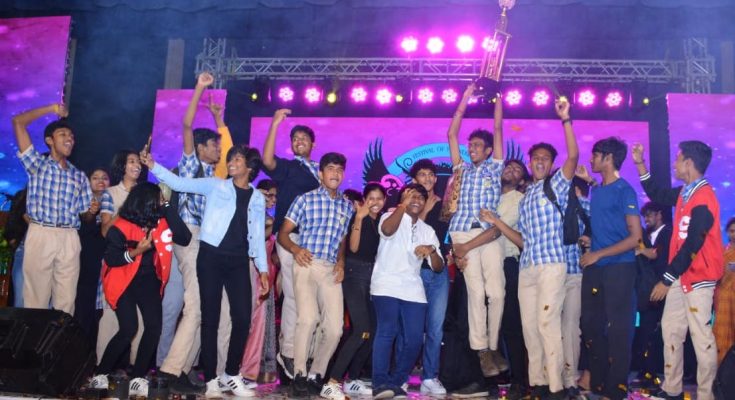 Chettinad Vidyashram campus rocked for two days as students from many city schools went on stage to showcase their talents at the schools inter-school cultural-fest called Maithri, back after a two-year hiatus due to the pandemic.

This event was held on Sept. 9 and 10. The  event was organised by the school principal, management and the higher secondary students of Chettinad Vidyashram.

At the opening ceremony of Maithri 2022, the guest was actor-politician Kushboo Sundar, Priya Raman, Subashree Thanikachalam and Ilavarasi were also on stage.

While events got going on stage, with school teams competing, others could take breaks from the hectic buzz at the stalls on campus.

The winners of the eight specific competitions participated in the final to decide the Champion of Champions.

Pradeeshan from Bharathiya Vidyalaya School emerged victorious and was conferred with the ‘Mr Maithri’ title. The prestigious over-all winner’s trophy was bagged by SBOA School.

Sivakarthikeyan was the chief guest at the valedictory function. The awards were distributed by actors Amitash and Yashika.