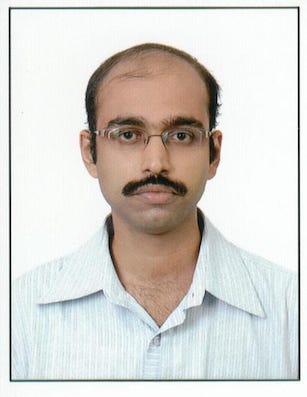 The Class of 1993 of P. S. Senior Secondary School has said a sad farewell to Suresh Alse, partner at S G & Associates, Mylapore.  Suresh passed away early on September 1. He was 46.

His classmates recall that Suresh was a genial, humble, soft -spoken individual and maintained his character even after passing out of school. His seemingly nondescript appearance belied a tough and razor focus on his work fundamentals. A successful, practicing chartered accountant, Suresh was respected for his professional views.

As an advisor to the fledgling Vidhyodhevatha Trust started by the 1993 batch P S alumni, Suresh had taken responsibility to ensure all financial and taxation approvals were in place and was the practical voice in several discussions.

He is bereaved by his wife Nivedita and two small children, his mother, brother and sister.

The Alumni plans to conduct a memorial service at the school premises shortly.

Tributes can be sent to S. Swaminathan <vaak.swami@gmail.com> or email:tollshrivatsa@gmail.com