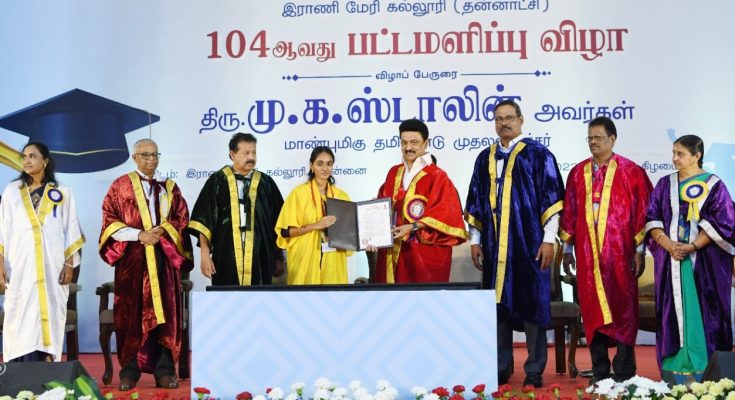 Chief minister M K Stalin was the chief guest at the convocation event at Queen Mary’s College, Mylapore which was held on November 22 inside a massive pandal that was specially erected for this grand event.

M K Stalin recalled the time when he led an agitation when the AIADMK government made moves to take over the QMC campus and plan a state secretariat, and that he had lent support then to the agitating students.