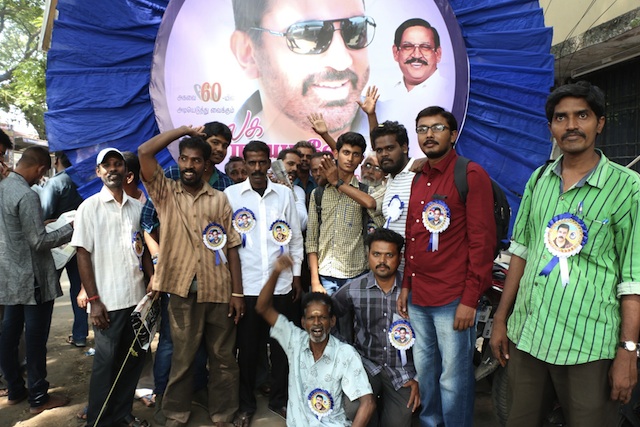 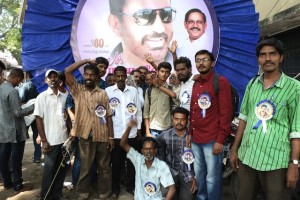 Fans of actor Kamalhassan have always gathered outside his office on Eldams Road in Alwarpet on his birthday. This time, being his 60th birthday the fans put up many posters and banners early in the week.

On Friday morning, there was a goodly crowd but the actor was elsewhere – having decided to support the Clean India campaign, Kamalhassan joined his fans at a lake on the outskirts of the city to help volunteers to clean its banks.

Despite the actor’s absence till lunchtime, th fans held on, some sporting Tees with his image and celebrating lightly.