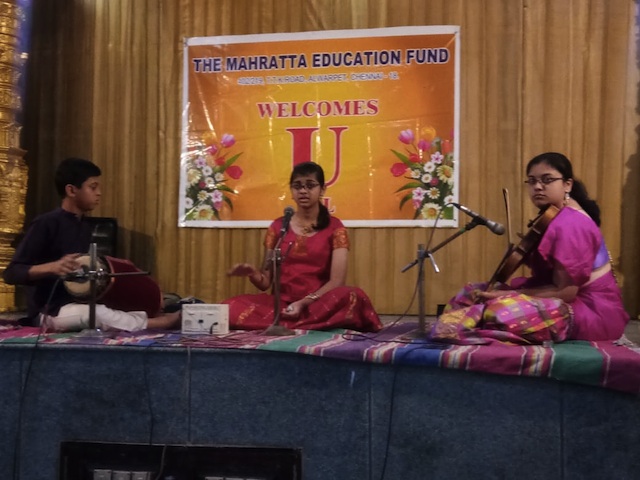 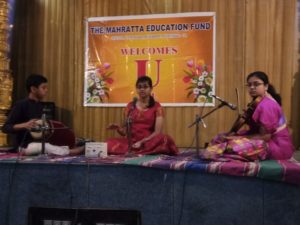 The Mahratta Education Fund’s community celebrated Makara Sankaranthi, as a Maharashtrian would call the Pongal festival, with great enthusiasm on Tuesday, Jan.15 at “Maharashtra Nivas”, Alwarpet.
Music dominated this event. The event was initiated in accordance with Maharashtrian tradition by K. L. Rao, a senior member of the Fund, by distributing Til Gul – a mixture of white sesame seeds (til), jaggery flakes and dry fruits – to those present.
Distributing Til Gul symbolises the importance of uttering sweet and kind words to everyone, so that a harmonious social environment is promoted. The children were given other gifts.
After distribution of Til Gul, a musical concert organised by Meera Gopal Rao, East Mada Street, Mylapore, was conducted.
A young team of artistes – Shreya Suresh, Swetha Suresh and Sai Srivats Kamath enthralled both the hosts and the audience with their delightful rendition of Carnatic music.
The MEF, as it is known to many, is the brainchild of late E. Vinayaka Rao, a leading lawyer of his time. Along with his band of devoted and sincere friends, he was instrumental in founding the MEF on September 15, 1912. His friends included a galaxy of personalities like the silver tongue Srinivasa Shastri, P. S. Sivaswamy Iyer, Alladi Krishnaswamy Iyer and the mathematical genius, Srinivasa Ramanujam.
The MEF aims at strengthening the social, economic, educational and cultural base of the Mahratta community domiciled in South India.
– Report by R. Sivaranjani 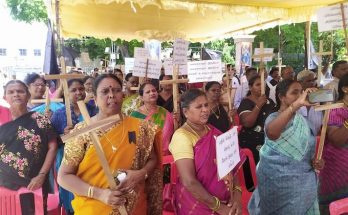