Mahashivarathri falls on March 4 this year. Here is a look at religious and music and dance events organised in the neighbourhood temples and halls.

At Sri Kapali Temple, Mylapore, a naalu kalam pooja will be held with abhishekam and deepa aradhanai. Different kinds of naivedyam will be offered to the deity who will adorn four different kinds of vastrams in yellow, red, green and white colours.

The naalu kalam pooja with abhishekam and deepa aradhanai will start at 10 p.m. at Sri Velleeswarar Temple, Mylapore. The temple will be open all throughout the night.

At Sri Karaneeswarar Temple, Mylapore, the naalu kalam pooja will begin on March 4 and will go on till 7 a.m. on March 5. As a part of the pradosham festivities which will be held in the evening on March 4, the diety will be taken on a ul purappadu, on the rishaba vahanam. Special abhisekhams, veda parayanam, upanyasams and thevaram recitals have been planned.

At Sri Malleeswarar Temple, Mylapore, the deity will adorn a special alankaram on March 4 morning. The naalu kalam pooja will begin in the evening at 6 p.m. and will go on till 5 a.m. the next day. Bharatanatyam recitals, bhajans and music concerts will be held all through the night.

At Sri Virupaksheeswar Temple, Mylapore, a 15 feet wide and 10 feet high mountain like structure will be set up with an image of Lord Shiva sitting on it. Milk will flow from the head of the deity (denoting an abhishekam). A sage (munivar) seeking the blessings of the deity will be placed near the image of Lord Shiva. The utsava murthis will adorn a special alangaram. An idol of Lord Shiva made of rudraksha beads will also be placed near the mountain. The first kalam pooja will begin at 8 p.m. and the fourth kalam pooja will begin at 6 a.m. on March 5. Prasadam will be distributed all throughout the night to the devotees.

-The Mylapore Unit of Thamizhnadu Brahmin Association will be organising a cultural programme at Sri Virupaksheeswarar Temple, Mylapore from 5.30 p.m. on March 4 to 7 a.m. on March 5. Vocal and bharatanatyam recitals, group singing and nama sankeerthanam will be held. Ph: 9600128212.

– Special pooja and bhajan will be held at Sri Ramakrishna Math from 8 p.m. on March 4. A homa will be performed at 4 a.m. on March 5, prasad distribution will follow.

–Ramana Sunritya Aalaya’s (RASA) annual mahashivarathri festival will be held from March 5 to 7 at Sri Apparswamy Temple, Mylapore. A musical discourse by Dr. Ambika Kameshwar will be held in addition to Bharatanatyam recitals. 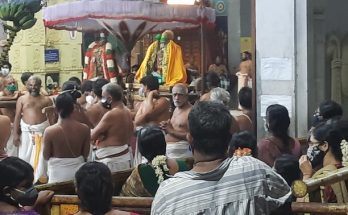 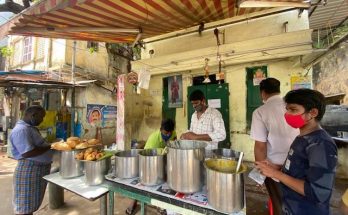