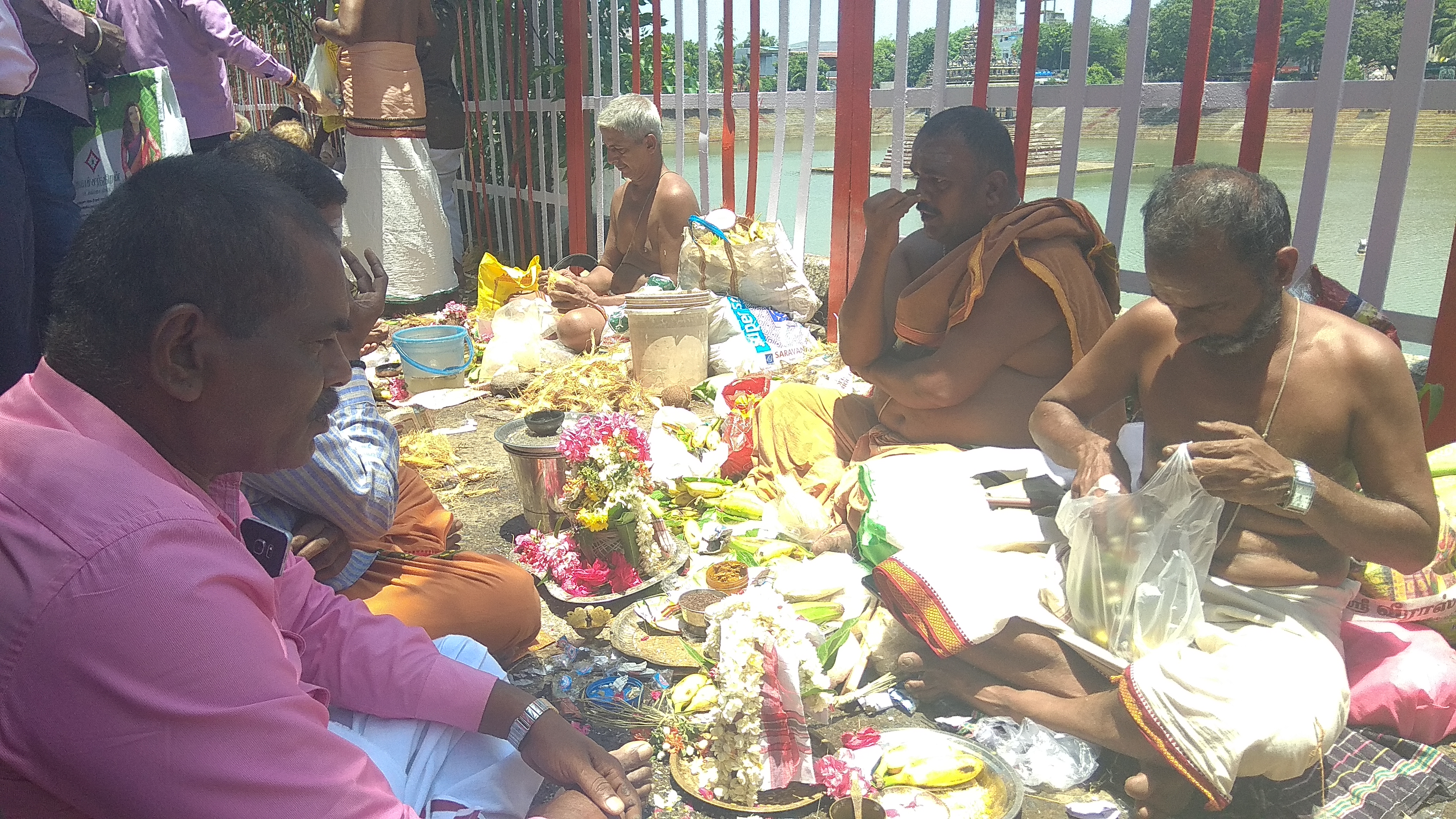 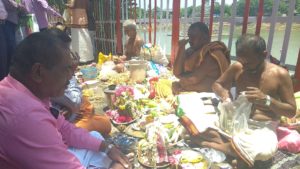 Amavasai (new moon) fell on July 31 during the Tamil month of Aadi. As the day is considered very auspicious, hundreds of people performed special rituals (tarpanam) for their ancestors in and around Sri Kapali Temple tank, Mylapore.

“It is a way of showing gratitude to our forefathers,” said Pasupathi, a resident of T. Nagar, after he finished the tarpanam rituals.

Many people made offerings during the pooja. They also visited the temple and fed agathi kerai to the cows at Goshala. 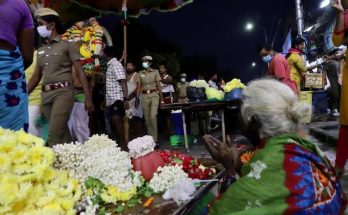