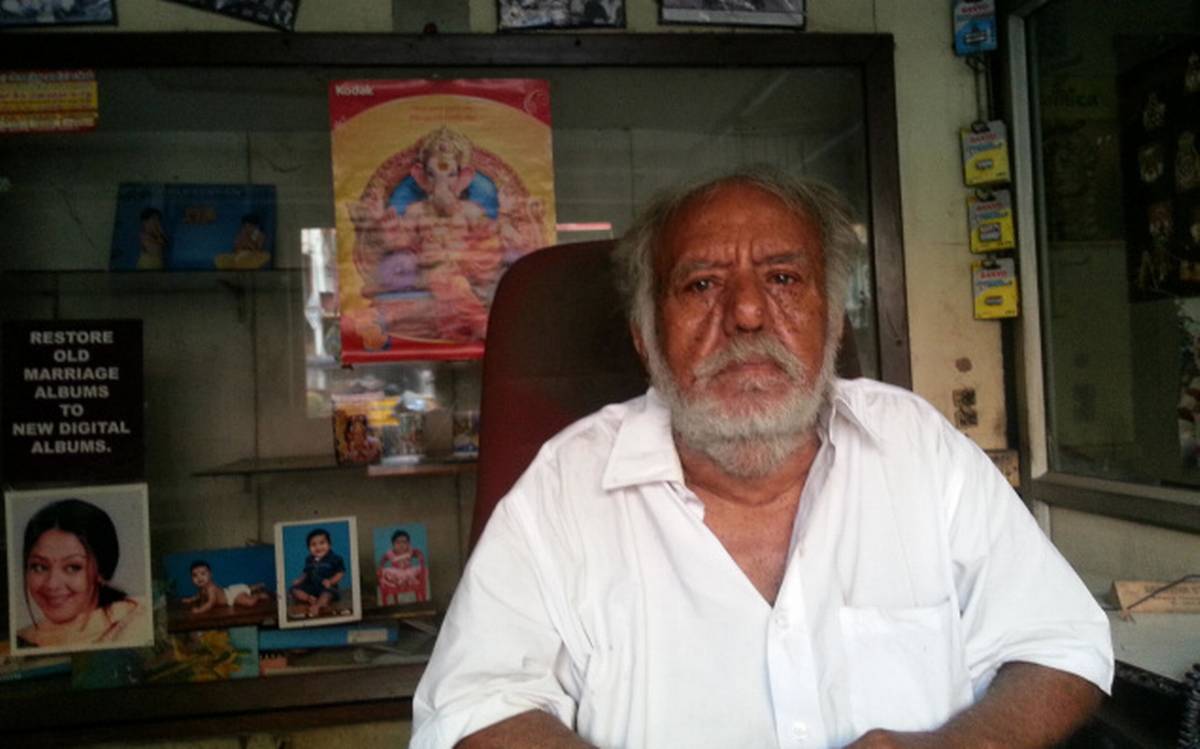 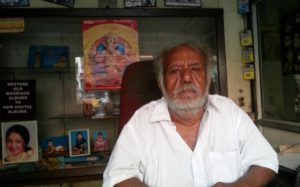 C S Balachandra Raju, owner of the famed Sathyam Studio, Mylapore passed away earlier in May.

These are a selection of the numerous tributes that people paid following his demise.

When we lived in the house this photographer’s in Gopathi Narayana Chetti theru I remember growing up with you guys. I remember your father very well and he knew our family too. Now I live in Boston USA. The photos taken at Sathyam studio are still hanging on my wall

Having been a Mylaporean from the fifties, I knew his father. Balachander Raju was not only a replica of his father but also a hundred per cent reflection of the kindly disposition of him. Once a customer will always be a customer in Sathyam. On quite a few occasions our family engaged him. Black and white pictures still adorn our albums with the same brightness. In spite of fancy studios coming up Sathyam had its prestigious place in photography world.

He was a part and parcel of my family’s educational progress. My five sisters and me, 4 of us post graduates – had all our photo requirements, right from passport photos to graduation photos taken here, right from early 60s only from him. A soft spoken, pleasant and technically sound person. Was professional and stuck to his commitments.

A great man. A Mylaporean myself, I used to spend my time in his studio during my graduation years and before I left for the north for my career.

Sathyam Studios is an unforgettable place part and parcel of every event in our family. For my civil service exam, I went there to shoot photos and he insisted that I wear a tie and coat! Though I did not have one I borrowed and took a passport photo. He had unique style in moving the cap of the photo shutter with a flourish of his hand! My sisters, and brother took photos there for various occasions including for marriage proposals! We were all successful in life thanks to the benevolent charm of Sathyam Studio.

Sentimentally attached. A very lucky place. Use the photo shot at this studio and you are assured of success. My mother, myself and my children have all been here for our photos.

His daughter was my classmate in Rosary Matriculation School. We used to really look forward to the annual class photo sessions. He was patient with our giggling fits and though he looked intimidating he was really a wonderful man who just wanted to make sure that he just wanted the best picture for each one of us. It seems like yesterday! RIP Sir. I have preserved each and everyone of the wonderful class photos that you have taken!

I used to frequent his studio between 1965 -1974. Back then I was a teenager attending P. S. High School. Raju was a skilled photographer and artistically inclined. He was a pleasant, friendly, warm outgoing man. He was a coversationalist and well informed.

This was the only photograph shop we all used to go for all occasions! The owner was a man of few words. Dependable and prompt! He took my graduation and serval pictures on important occasions in my life! Nostalgic!

It is almost 50 years ago. The year was 1974. I was a class X student of RKM School. We lived in Palathope, close to Sathyam Studio.

I can recall that day from 1974 – I had an old black and white negative film and wanted it urgently.  I was a young boy then. Usually making a print took time and the owner would typically ask the customer to come by the end of the day. But I was in a hurry that morning.
However, Balachandra Raju Sir made me feel comfortable and asked me when I wanted the print. I needed it immediately but did not know how to communicate that to him as I feared that he might shout. Yet I gathered courage to tell him politely that this was a little urgent.
The man told me “You go home, have breakfast and come back”
By the time I came back the photo print was ready. It was an amazingly quick turn around. That was customer service at its best.
I later spent almost two decades in Dubai. However, when I did visit Madras, I made sure
I visited Sathyam Studio to meet Balachandra Raju to remind him of the good old days from the 1970s. When I read the tribute in Mylapore Times my thoughts went back to those happy memories from 1974.
(As told to S. Prabhu)