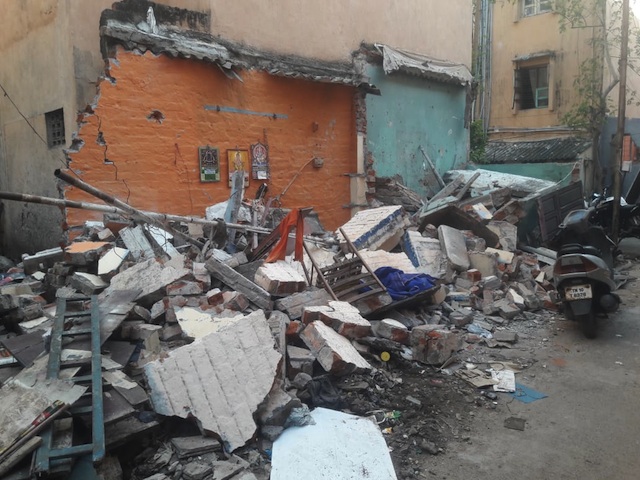 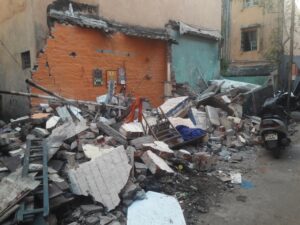 TN Slum Board officials have made it clear to residents of the Board’s tenements in Vaniyampathi in R A Puram zone that they will all have to move out by Oct.7 to allow for the demolition of the old blocks and construction of new blocks in the same campus.

Earlier this week, the officials were on the campus to give a final call to residents to pack up. A small group staged a protest saying they were economically affected due to the pandemic conditions and needed time to vacate.

But officials stood firm on the deadline. The same day, workers used JCBs began to demolish illegally built structures around the blocks.

The 13 blocks which house some 400-plus families will soon be demolished once people move out.

The Board had given residents notice to vacate as well as orders of allotment of new flats just when the virus broke out. Families were asked to move out by April end but were given more time.

One resident said that at least 50% of the residents have already vacated the blocks and found residence in and around Mylapore or moved to the suburbs. Now, the rest are desperately looking for rental accommodation.

“Rents for single bed places are about Rs.8000 in the Mylapore area and we have to look hard to get a place,” said one woman who claimed she was born here.

It is learnt that even those who lived in illegally built shacks here have been given allotment letters for flats in the new blocks when they are ready but this claim could not be confirmed with the Board officials.