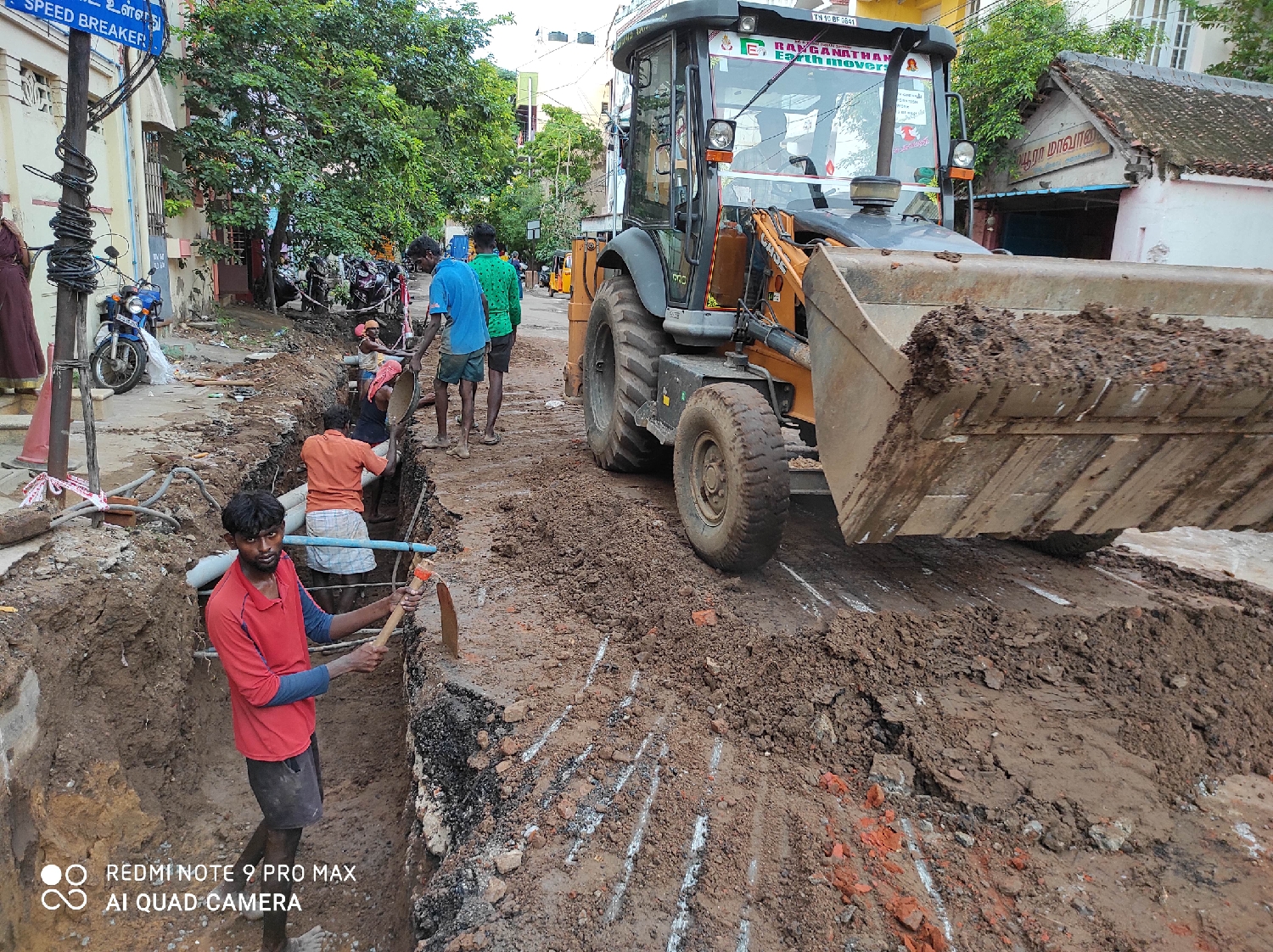 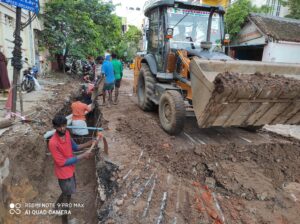 Chennai Corporation is using German technology for the rainwater harvesting project at Mosque Street in Mylapore.

The project involves, a stormwater infiltration drain, that is constructed to let the rainwater collected in this drain to the nearby Chitrakulam tank.

To carry out the work, contract workers of the Corporation are seen digging a section of this road, from Anjaneyar temple end to Chitrakulam tank via Kesavaperumal South and Kesavaperumal West Streets.

A tunnel structure is being fixed throughout this drain to carry the rainwater.

Workers say that the drain will facilitate the flow of excess runoff water from this street to the Chitrakulam tank, whenever it rains.

Said a senior contract worker attached to the project, “When it rains, excess runoff water will flow through several filter medias in the drain before reaching the tunnel. Initially, a horizontal structure is fixed. It will have holes to facilitate a free flow of water. Below the structure, a layer of small pebbles are placed. After this, a fabric cloth is fixed, to remove dirt and sand.”

“Following this, two layers – one each of big and small pebbles are placed to facilitate further filtration. After passing through all these layers, pure water will flow into the tunnel, that will take the water to the tank. Below, the tunnel we have placed a layer of fabric cloth for protection.”

The depth of the drain is steadily increased by 1 mm after every 30 meters from the starting point to create a gradient (slope) for the faster movement of the water, he says.