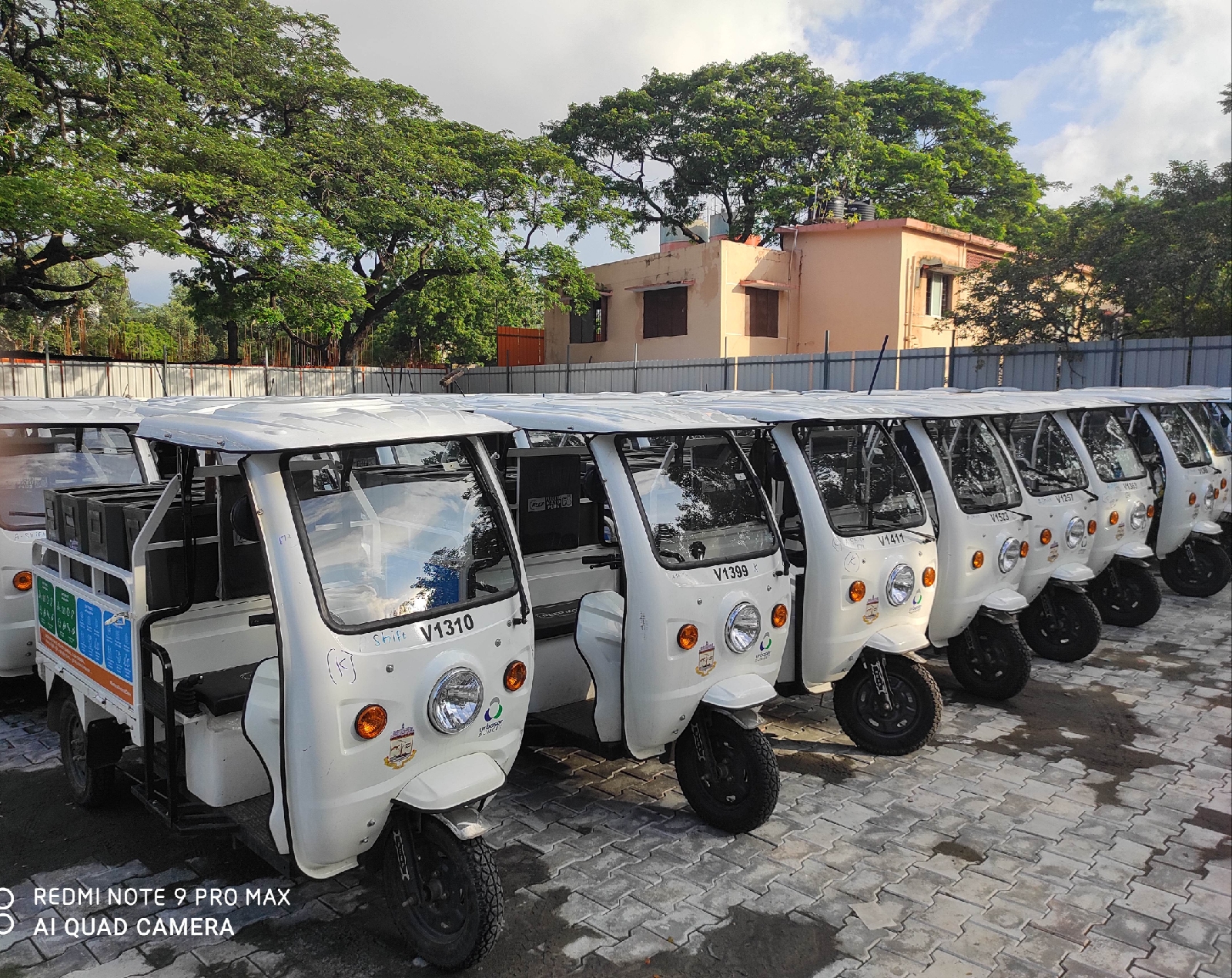 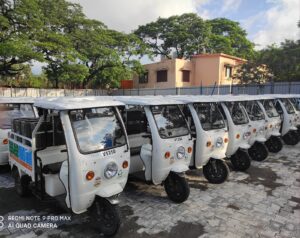 While one is at Kamarajar Salai, R. A. Puram near the Corporation’s Ward 173 unit office, another one is behind Chennai Corporation’s AIDS prevention and control society on R. H. Road.

Similar charging stations are also being developed at other places in Mylapore area.

At the BOV charging station in R. A. Puram, a total of 176 battery-operated vehicles are stationed, at any given time.

Every day, the BOV operators leave the vehicle at the station after they finish door to door garbage collection, in the neighbourhood.

The vehicles are then manually charged by civic workers.

Said a civic worker, who is in charge of charging the BOVs, “We manually charge all battery-operated vehicles using a generator, fixed at the station.”

“It takes four hours to fully charge a BOV, ” he adds.

Once charged, he says that the three-wheeler can continuously run for 50 km.