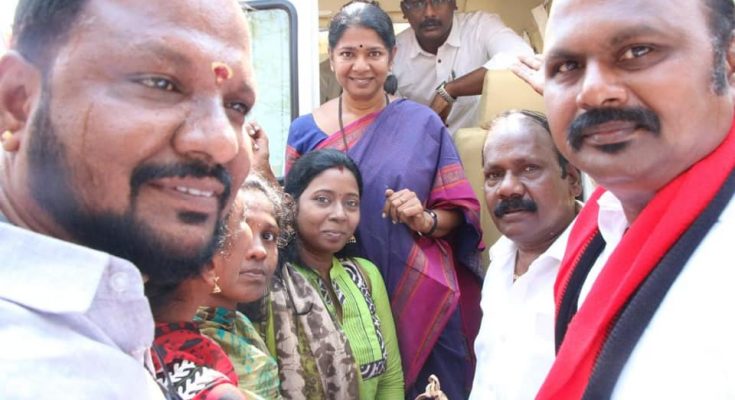 DMK candidate for Mylapore says that he has received tremendous response from people who reside in the kuppams, Slum Board tenements and street houses.

And he says people recognise the contribution he made when he was a councillor in the Srinivasapuram – MRC Nagar – Greenways Road areas.

“People recall the work we did to curb flooding during the monsoon for all those who lived close to the Adyar river. As do Srinivasapuram residents for repair of the tenements and raising a multi-lights mast at the roads junction.”

His team is highlighting this record of his and the fact that he is local, and accessible.

He told Mylapore Times after a day’s campaigning on Thursday that he has completed one round on foot and ended the second made by van and that he will make two more rounds before D-Day.

While he admitted that his reach with residents in apartments has not been total, he feels his competitor ( the AIADMK’s Nataraj) had not reached out to people in places like Lalathottam and such areas.

“Nataraj does not have any negative issues against him,” Velu said but added that his party ( DMK) will do well this time.