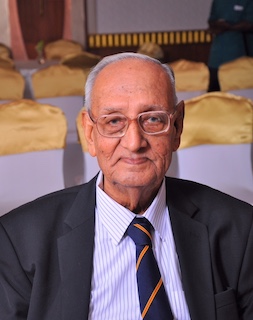 Brigadier M. R. Nagarajan (retd) from the Corps of Electrical and Mechanical Engineers (EME) and an outstanding officer of the Indian Armed forces passed away recently.

After his mechanical engineering degree study from Bangalore , he was the only person to be selected from his batch in the former state of Mysore, into the first technical corps (EME) of independent India  in 1947 .

During his various assignments, he headed the Army base workshop in 1962 near Calcutta and his major efforts were in producing room-heating equipment  for forward posts during the Chinese aggression.

In 1965 he was instrumental in setting up the first Inspectorate of Heavy Vehicles at the Avadi Tank Factory, Madras . In 1967, he was the head of Army Base Worksop at Kirkee and involved in the production and overhaul of the famed Army patrol vehicles with turret-type recoil-less guns.
In 1971, as a Brigadier he headed the famed Army Technical College at Baroda and was the Commander of South Gujarat providing security cover during the Pakistani aggression to key Indian heavy industries such as petroleum, fertilisers , heavy water, nuclear, and other vital industries.

He retired in 1975 as Director – Technical, from Directorate General of Border Roads (DGBR) at New Delhi.

Post retirement, he served as chief executive of an overseas-based technical organisation for a few years From 1982 onwards.,he devoted his time to charitable and religious pursuits.

He leaves behind two sons, two daughters, sons in law and daughters in law and a host of grandchildren and great great children.

In the last decade of his life, he resided with his eldest son Ravi and daughter-in-law  Rajalakshmi at Abhiramapuram, Chennai.
You can reach Ravi Nagarajan at 9841247938 or email him at ravinagarajan24@gmail.com.