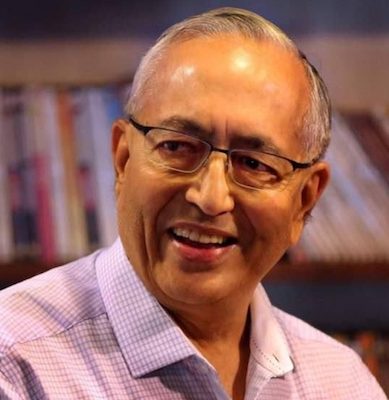 V Kalidas, who had served The Hindu for four decades in Calcutta, Bombay and Chennai passed away in the US. He was 80.

He told Mylapore Times that Kalidas’ father and his cousins too had served at The Hindu for many years and hence his family’s association had been there with the newspaper for long.

He had joined The Hindu as an advertising executive in Bombay in the early1970s and then moved to Calcutta as the Head of Advertising there. He then returned to Bombay for a second stint this time as the Ad Head. “Kali had his ear to the ground. He built terrific contacts with the ad agencies across the country. He kept up the image of The Hindu and did a lot for our business.”

He spent the last two decades of his service at The Hindu’s Chennai headquarters and retired as Senior VP – Advertising. “He was a well rounded person, energetic, smart, intelligent and dynamic.”

Murali said that Kali’s interests spanned beyond advertising “He was interested in music, arts, travel and sports and wrote columns for The Hindu.”

“He made a mark in advertising and built a lot of visibility for us. He was one of the top notch ad professionals the industry has had”,  Murali said. “I had a long association with him and will miss him as will all those who worked with him.”

Former editor of The Hindu Friday Review, Geetha Venkatramanan had known Kalidas for many decades. She told Mylapore Times that he was always cheerful and had a great sense of humour. He was a music connoisseur and wrote for the Friday Review. “We enjoyed a unique friendship although he was several years senior. Speaking to dear Kali, age never came through.”

One Comment on “Kalidas was one of the top notch Ad professionals in the country: tribute from N. Murali, director, The Hindu group”