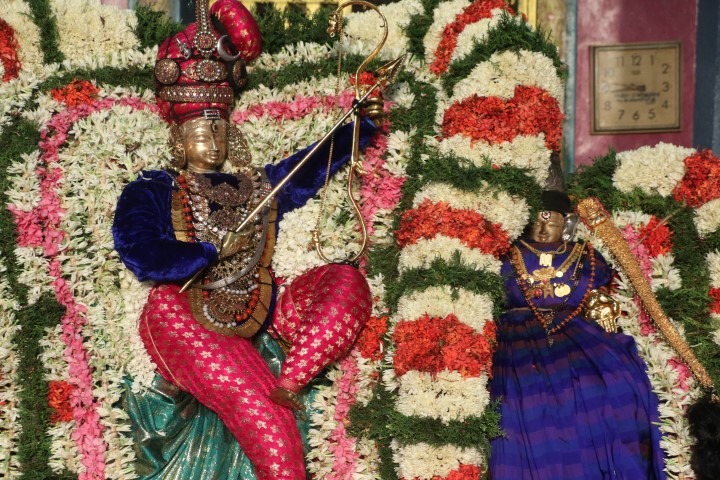 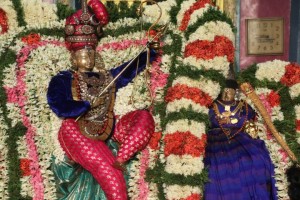 The thiruther festival to be held at Sri Velleswarar Temple, Mylapore, as part of the Vaigasi Peruvizha, was cancelled today morning (May 18) due to the rains.

The deities, who were supposed to be taken around the Mada Streets in the ther were taken on a small procession inside the temple.

More than 50 devotees crowded into the temple in the morning to watch the deities, in the raja alankaram (dressed like a king), being taken around the temple.

While some devotees were seen taking pictures with their smart phones, others held up their video cameras to shoot a video of the festivities.

The temple is located at South Mada Street, Mylapore