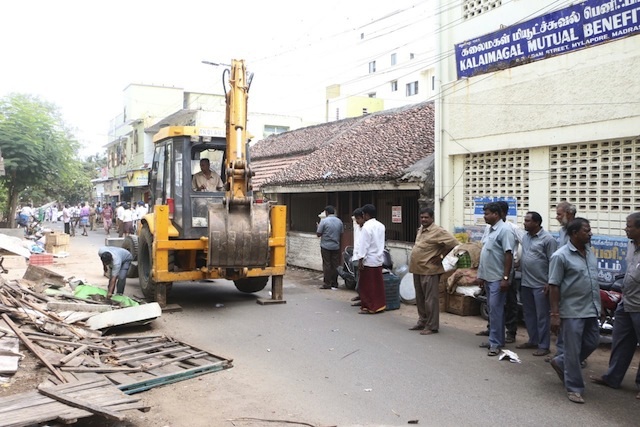 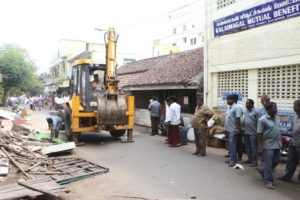 Engineers of the local unit of Chennai Corporation led a team of workers to clear the stalls of hawkers who do business on the eastern end of South Mada Street this Wednesday morning.

A JCB machine was also employed to clear the makeshift stalls on this street that is a busy market place. The stalls put up on streets and lanes adjoining the street like Adam Street and Ponnambala Vadyar Street were also knocked down and dumped into a lorry.

A large group of police men and women patrolled the street when the operation was on.

The city civic agency runs such civic drives in the busy mada streets zone now and then but the hawkers return inside 24 hours and carry on with their trade.

Many of the vegetable sellers have taken over the well-laid broad pavements now. And later in the evening a number of them were back in business – veggies spread on gunny bags on the pavements.