The case regarding alleged change and disappearance of an idol of a peacock inside the Sri Kapaleeswarar Temple many years ago ( the charge is that the old idol was replaced with a new one and the whereabouts of the old is not known) is proving to cause much embarassment to the TN Idol Wing Police.

The High Court wants to know if the police made any preliminary investigation on this issue; instead it chose to file a FIR the day a complaint was filed by a Srirangam resident. And an incident that took place in 2004 was being raised in 2014.

A senior sculptor against whom a FIR was filed has gone to court seeking quashing the case. A FIR was also filed against industrialist Venu Srinivasan (m who was temple’s chairman) and a few others.

The court wanted to know if the police would file a case based on surmises made before it. 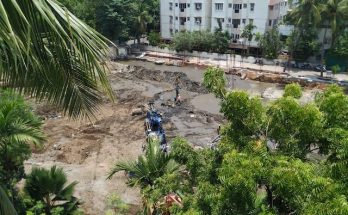