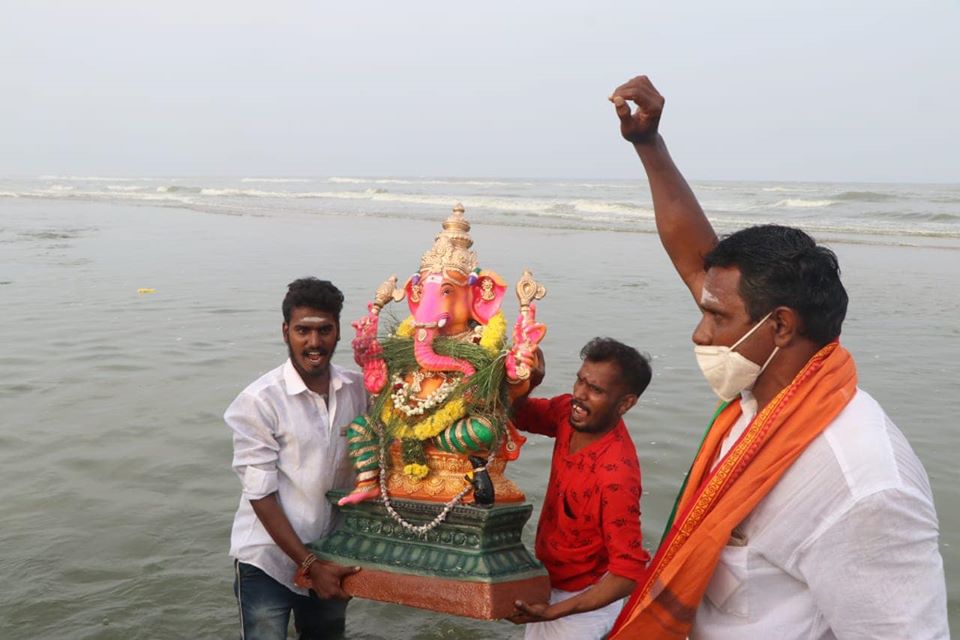 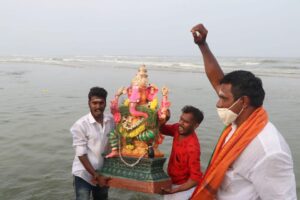 Hundreds of people headed to the Marina seashore line of Pattinapakkam to immerse the Ganesha idols on Saturday evening, August 22.

People started coming here 4 p.m. onwards, in ones and twos and in small groups.

While many carried with them simple, clay idols that had been installed at home for the pujas of the festival, others shouldered idols that were painted and some 4 ft in height.

People themselves immersed the idols in the waters. Police were at their posts here.

While some people wondered why the immersion was taking on the evening of the fest, others said that since Sunday was lockdown day, people decided to complete the ritual early.

The High Court had allowed people in their individual capacity to immerse the idols while the state stood firm on the regulation that banned public installation and public processions due to the pandemic conditions.

Pattinapakkam shoreline is one of the designated places in this part of the city for idol immersion, and every year over 200 and more carts, lorries and vans transport Ganesha idols and people to this shore for immersion where police regulate the procession and entry and employ cranes to drop off the large images into the sea and civic workers clean up the large amounts of waste that is washed ashore the next day.