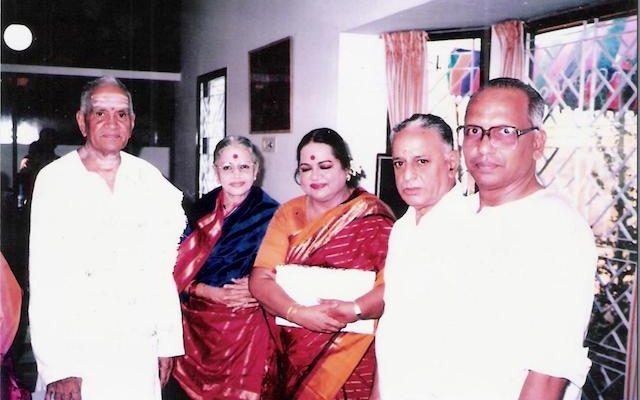 The celebrated doctor ( Dr CVK to close friends) served Voluntary Health Services ( VHS) in Adyar for over 50 years and led some path breaking work in the field of diabetes, more in paediatric diabetes.

He was known for his keen interest in caring for juvenile diabetic patients and opened India’s first registry on this field. People who have known him say that he went beyond the call of a doctor and was kind and giving to people, especially those who could not afford the treatment.

Lawyer and Pelathope resident R. Ramkumar says the doctor was known to be against over-medication and advocated lifestyle changes as the first line of defence for treatment of diabetes and that he incorporated Ayurveda as part of his treatment.

Dr Krishnaswami was the son of eminent lawyer C. K. Venkatanarasimhan, also a connossieur of Carnatic music and once secretary of The Music Academy.

The lawyer’s house in Pelathope was often the space for chamber  concerts by the greats of the time – M S Subbulakshmi, M L Vasanthakumari,  G N Balasubramaniam, Bade Ghulam Ali, Rajamanickam Pillai and Madurai Mani Iyer to name a few.

Dr. Krishnaswami shared the same taste for music and was often the guest at city music fests, like the one of Bhavans in Mylapore.