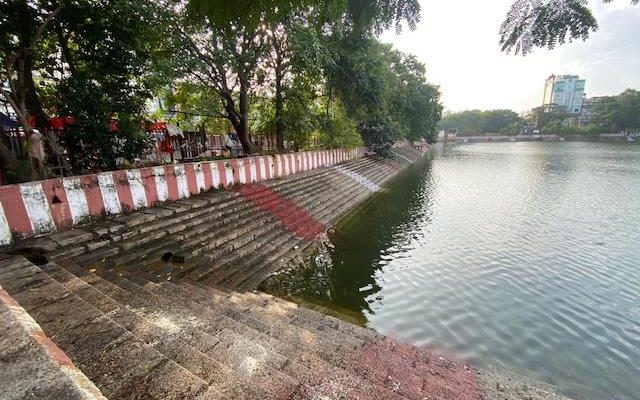 The officers of Sri Kapali Temple have called off plans to implement the recent desilting plan recommended after a detailed study was undertaken last year by the Anna University.

This plan entailed removal of the clay bed, putting a bio membrane sheet and relaying the soil filling with clay once again. The inputs for this was available only in Delhi and was to cost over Rs. 1 crore.

Temple executive officer D Kaveri told Mylapore Times that while the report had recommended a desilting exercise and the plan was to start this after the Teppotsavam in Thai, the water level had held on after the heavy rains in November much to the surprise of everyone.

“Srikanth (the man who maintains the nandavanam around the tank) told us that he is seeing this – water level holding up- for the first time in many years and that this level may not go down anytime in the near future. Based on our discussion with other experts, we have decided to call off the plan to go in for the extensive exercise that we had planned for later this  month.”

Ahead of the monsoon, a cleaning exercise was undertaken at the tank and the water level has not gone down in the last two months.

Kaveri said that once the water level recedes and if the tank becomes dry in summer, they may undertake another round of cleaning up and filling up of the soil but they are unlikely to go back to the recommendations of Anna University.