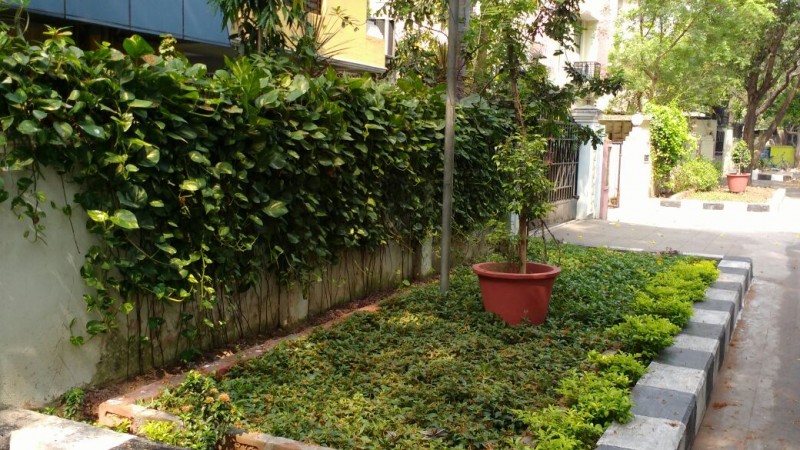 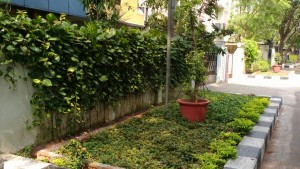 Here is a good example of a residents’ association serious about making its neighborhood clean and green.

The example has been set by TAKSRA – Thiruveedhi Amman Koil Street Residents Association in Mandaveli.

This colony is located in a mixed locality — a euphemism for TNSCB tenements next to private housing and has had to face issues of pot-holed roads, abandoned vehicles, strewn garbage, open HT cables, special urine spots, reserved night drinking dens.

In Oct 2013, some of the residents gathered and resolved to take efforts in making a difference. Work in the last twenty four months has seen a phenomenal change, say residents.

This transformation was brought about by sustained efforts and unity among residents.

Street meetings in sylvan environs are now the new norm at TAKSRA. Emboldened by the positive strides, TAKSRA now has now set up  a bio-compost stations in each resident block so that all the green waste (wet waste) is processed for manure. Manure which was a big cost head till recently, is now being met by output from the compost stations.