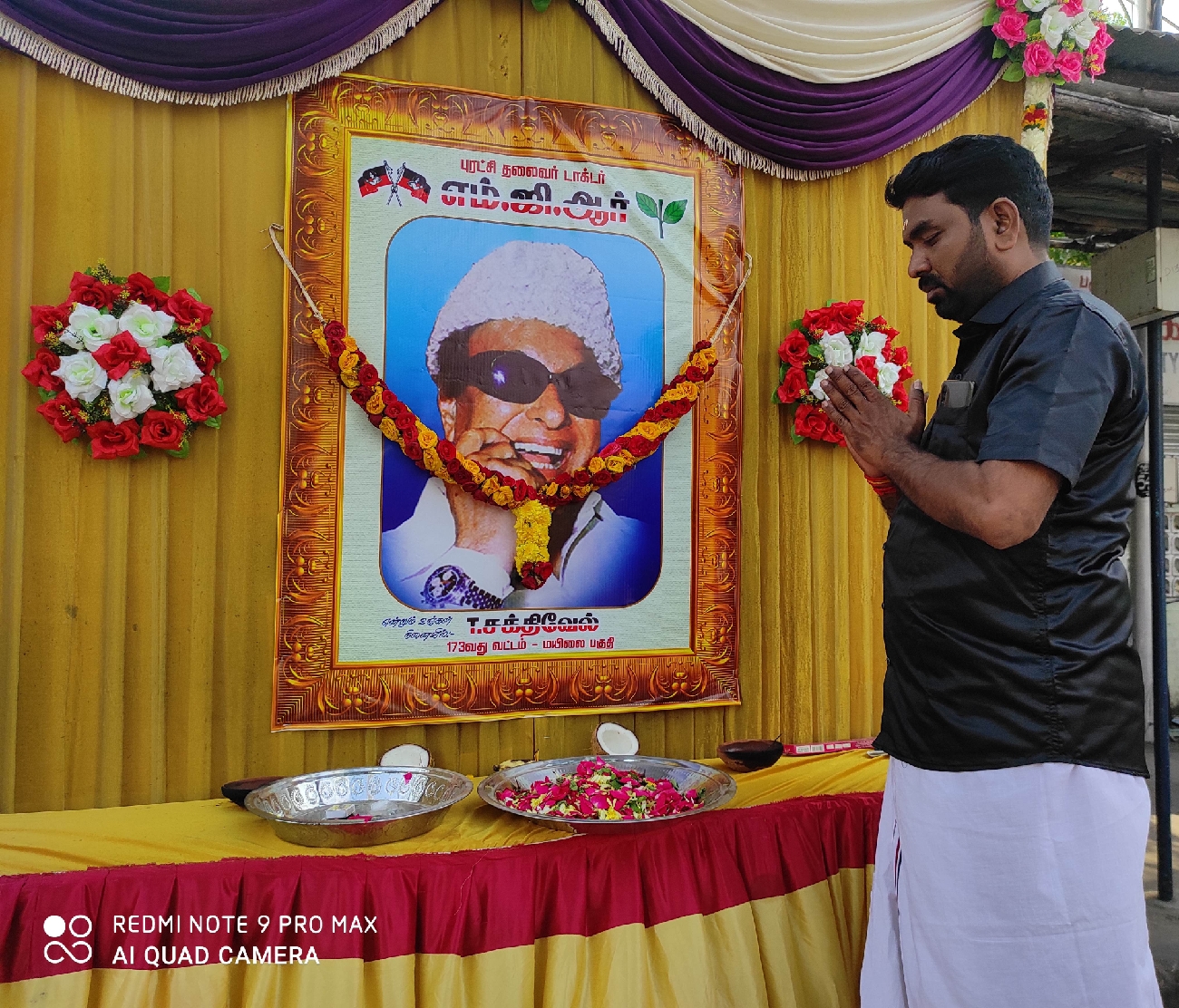 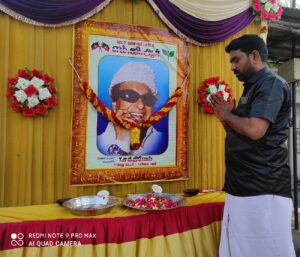 On the occasion of 33rd death anniversary of former Chief Minister M.G. Ramachandran (MGR), on Dec. 24, a person pays tribute to the late leader’s decorated portrait at a street corner at Greenways Road, R.A.Puram.

Popular movie songs of MGR were also being played on speakers kept here.

Similar scenes were seen at other parts of the neighbourhood as well.