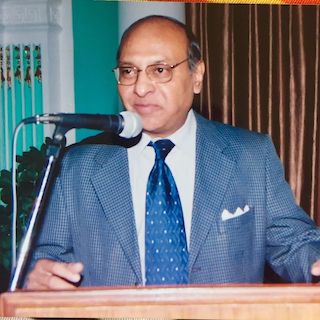 Endless meetings, conference-calls, breathless business tours and late working hours – this was life for V. Kalidas when he was vice-president of the advertising business of The Hindu group of publications.

Today, in his retired life being spent in a quiet apartment in R. A. Puram 7th Main Road, Kali as close friends call him, reads the Vedas, Upanishads and the works of Adi Shankara, lightens the day by playing Western pop classics on his Yamaha organ and savours a glass of whiskey on an occasional weekend. And he also cooks.

Kalidas also made time to write a book after close friends prodded him.

The 10 weeks of labour has produced ‘Through the Kaleidoscope’, which in 175 pages retells the high points of this advertising professionals career, carries anecdotal experiences at The Hindu and jots down the trail into the offices of celebrated advertising agencies, learnings at conferences and the exchanges at lunches with the people who managed India’s top-line businesses.

Plus, snappy jottings on his personal holidays, his music preferences and his home city.

“ I owe it to senior advertising professional R. V. Rajan who got me going on this book,” says Kalidas.

Kalidas joined The Hindu in its junior ranks at its office in Calcutta in 1967, the era when this eastern India city was the hub of business and of advertising. He was transferred to Bombay and as he came to grips with a different kind of city, he also found himself in the midst of the new and rapid changes in the advertising world whose epicentre had shifted to Maximum City.

“I went by a simple principle,” he says. “Maintain close relationships with advertising agencies as well as senior honchos of businesses.”

His stupendous work was recognised and The Hindu chose him to head its advertising business in Chennai – in 2001. “The work of my teams and myself got accelerated because advertising was growing rapidly as were businesses and the competition,” he says.

He credits The Hindu’s late editor G. Kasturi for “expertise and sane advice”.  “Kasturi was a master of printing, photography, pre-press, digital and business,” says Kalidas. “ He would tell us – go by volumes and not by revenues. And he would even suggest and explain the fundas behind the layout  and design of a particular issue of the newspaper.” 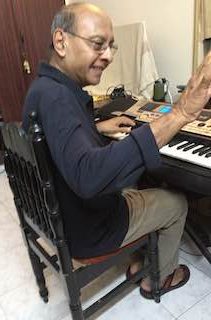 Kalidas has also enjoyed writing since his youth days and when he found time, wrote travelogues, features and light stuff for the Sunday section and for the magazines of The Hindu.

12 years at the top, a roller-coaster phase of professional life, a couple of years as a consultant and then, the goodbye.

How does he look at The Hindu today?

Kalidas shies from offering comments. He obviously does not want people he has known closely to be hurt or annoyed.

But he keeps a close watch on India’s print advertising world and often shares notes on his social media page where he is active. “So much of advertising and marketing is digital now,”, he says.

Kalidas’ book is on sale online. Compuprint has designed and printed it. Contact – vkalidas@gmail.com